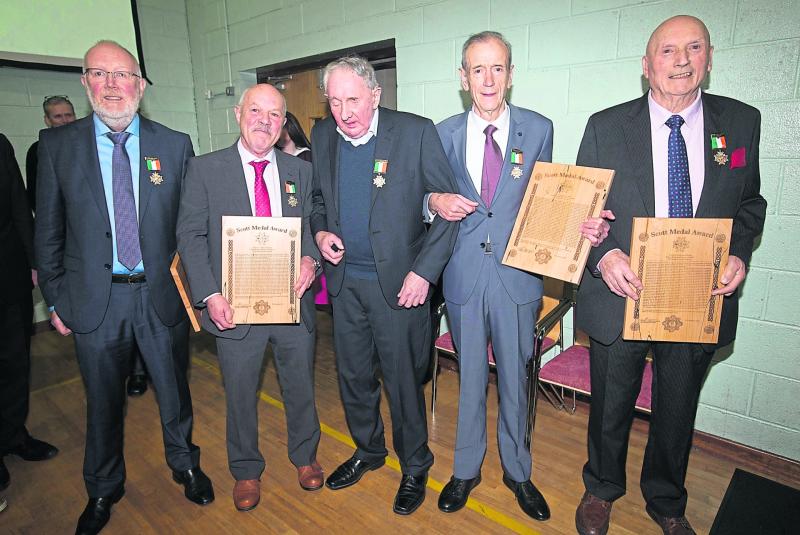 The death has taken place in Portlaoise of Tom Peters, the brave retired Garda Detective, who suffered lifelong injuries after being blown up in an IRA bomb on the Laois Offaly border in 1976.

Beloved husband of Betty and loving father to Elma, and Breidette (O’Donnell), and the late Dick, Tom passed away surrounded by his loving family after a short illness.

The retired detective was among five Laois Offaly Division Gardaí called out to a farmhouse in Garryhinch near Portarlington. The men were blown up when a bomb went off inside.

The men were called to the scene after a threat was made to the life of the then TD, Oliver J Flanagan father of the current Minister for Justice Charlie Flanagan.

They were honoured last November with Scott Medals for bravery for their actions.

“On that night in 1976, five men went out and only four came home. The lives of all those affected, the men and their families, were changed irrevocably by the bomb," his daughter Elma told the Leinster Express in Templemore when the medals were awarded in 2017.

“My father said he was honoured to receive the Scott medal. It's important that they have all finally got the recognition for their bravery that night,” she said.