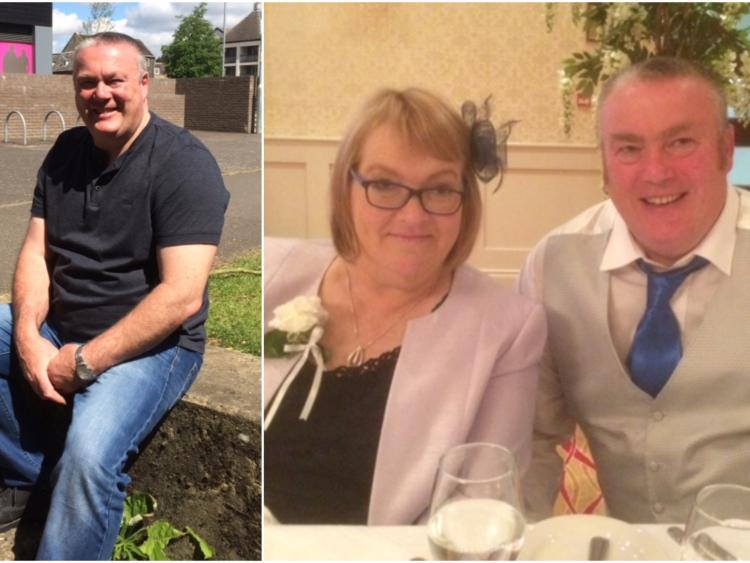 John Bergin from Castletown learned how to run a household and became the full-time carer for his wife after she suffered a massive stroke five years ago.

John was already working as a paramedic for the HSE when his wife Kathleen (Kay) had the stroke. He was already ‘in the caring business’ but had to learn a lot about running the household and he now looks after Kay full time.

The father of four has won the prestigious award for Laois Carer of the Year 2018 by Family Carers Ireland. His children are all grown up and he has one grandson Liam.

John told the Leinster Express about what his family has been through and how they found the balance adjusting into their new way of life following the stroke.

“I care for my wife Kathleen, she had a massive stroke five years ago. She lost her sight and a few other things, she lost her balance so she needs somebody there all the time to stop her from falling.

“Her speech is affected and her swallow as well as a power deficit on her right side. There are other little things too, it was a massive stroke. She fought back and improved a lot in the nine months after the stroke which she spent in hospital.

“I am a paramedic with the HSE. When she was in hospital I was up and down to her on my days off and spare time. She came home in May 2014 and I am now on carers leave working one day a week as a paramedic with the ambulance service and we have found that works very well for us,” he said.

John said they did have to adapt to this new way of life but they have found a way that works for them.

“I wouldn’t have been the greatest around the house and now I have to do it. Our two youngest children float in and out helping but I am on my own cooking and cleaning otherwise.

“I had nine months while she was in hospital to get used to it so I eased into it on the domestic scene. Kay constantly needs physio, and we do speech and language exercises because she will deteriorate if she doesn’t.

“My sister Paula nominated me. She rang me to tell me she had done it and I said thanks but that was the last I thought I would hear of it.

“I am very happy and humbled to think that I would win it. It’s a hard one to quantify and I am extremely grateful to be nominated and to be considered good enough to win.

“To me, I am just doing what any husband or wife would do for their spouse to me that is the way it should be, I don’t need an award and I don’t look for the limelight. We are happy enough doing what we do.

“There is no guarantee in life and nothing to say that everything is going to be rosy for you, you make the most of life no matter what that is and we are doing our best,” he said.

John will be presented with his Laois Carer of the Year award in Abbeyleix next week.

A judging panel will then decide on the overall national winners which will be announced at an awards ceremony on November 23rd in Dublin.