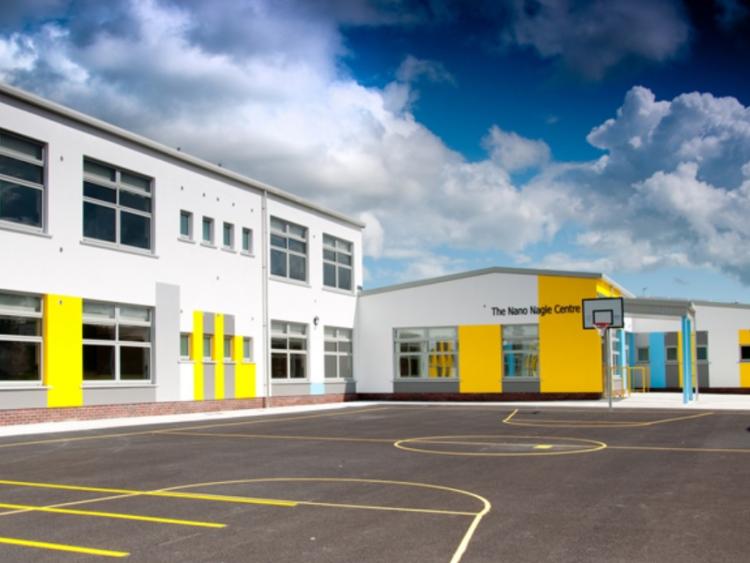 Scaffolding, fencing and other safety measures have to be installed at Presentation Convent Primary School Portarlington to allow it open after the mid-term break.

Parents, children and staff can expect to have to deal with the measures for the foreseeable future while the Department of Education organises repairs to make the building safe.

The school confirmed by social media that it would open after mid-term break on Monday, November 5.

"The Department informed the Board late yesterday evening that following initial assessments they will be installing a temporary fence and secure walkways around the junior building but it is safe for students and staff," said the Facebook post.

It directed parents to an update from the Department of Education on the situation.

No timeframe has been given by the Department for the repairs in its updates. It has not detailed the faults but it is understood the issue relates to ties between the external and internal walls.

The immediate steps are described as 'interventions' which are needed in the short to medium term before more extensive work can be carried out. It is not yet clear if the full extent of the issues have been identified.

The part of the school affected includes the Nano Nagle Hall and an ASD unit.

The Portarlington school is one of four Laois schools that were checked by engineers. Educate Together Portlaoise and Gaelscoil Phortlaoise also require repairs and similar safety measures. All the schools were built under a Department of Education rapid build programme.

As lead design and build contractor, Western Building Systems says it constructed a new eight-classroom school building, with a special needs unit and hall for Department of Education.

They say they were responsible for all design elements, site development works, mechanical and electrical installations in Portarlington. The building consisted of structural steel precast concrete floors & block walls. They say the building was a complete turnkey solution which was completed on time in 2012 and within budget.  It was an extension to a new school completed in 2008.

The company has said its work was certified by the Department. A number of schools in Athy also face repairs.