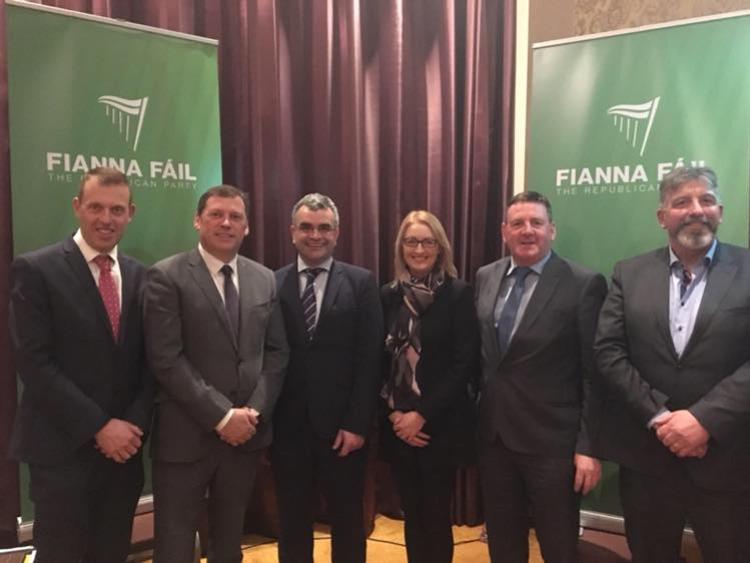 Fianna Fáil is facing a selection headache in deciding on a strategy to regain a Dáil seat in Laois Offaly at the next General Election.

Sitting Offaly TD Barry Cowen survived a strong challenge to make it onto the ticket as the second Fianna Fáil candidate at the party's selection convention at the Tullamore Court Hotel on Thursday evening, November 1. Sean Fleming was nominated by Laois Fianna Fáil in mid-October.

Deputy Cowen was up against Cllr Peter Ormond, Cllr Eddie Fitzpatrick, Christine Traynor and John Furey. The brother of former Taoiseach, Brian Cowen, needed transfers from Ms Traynor and Cllr Fitzpatrick to get over the line. The Fianna Fáil front bench man won 170 votes on the first count with Edenderry's based Mr Furey polling strong with 101.

Mr Furey's strong showing could prove a headache for HQ which is under pressure to run four candidates - two from Laois and two from Offaly.

The situation is simpler in Laois with Portlaoise-based Cllr Pauline Madigan the only prospective candidate. Cllr Ormond is the only based south of Tullamore. Cllr Fitzpatrick, Ms Trayner and Mr Furey are all based in the Edenderry Municipal District.

Barry Cowen said the convention was a demonstration of the strength of the Fianna Fáil organisation in Co. Offaly.

“I am determined that whenever the dust settles on the next General Election, the constituency of Laois-Offaly will return three Fianna Fáil TDs. That is the best way of securing a change in government, and I know that the local organisation here in Offaly is up to the challenge and so am I,” said the TD.

Offaly or Laois will lose a TD as the short-lived two three-seaters are reunited as five-seater albeit with Portarlington removed to south Kildare.

Asked about the selection of more candidates Fianna Fáil HQ said: "That is a matter for the National Constituencies Committee, which is seeking to maximise the vote in the constituency.  Once a decision has been made, the local media will be notified".