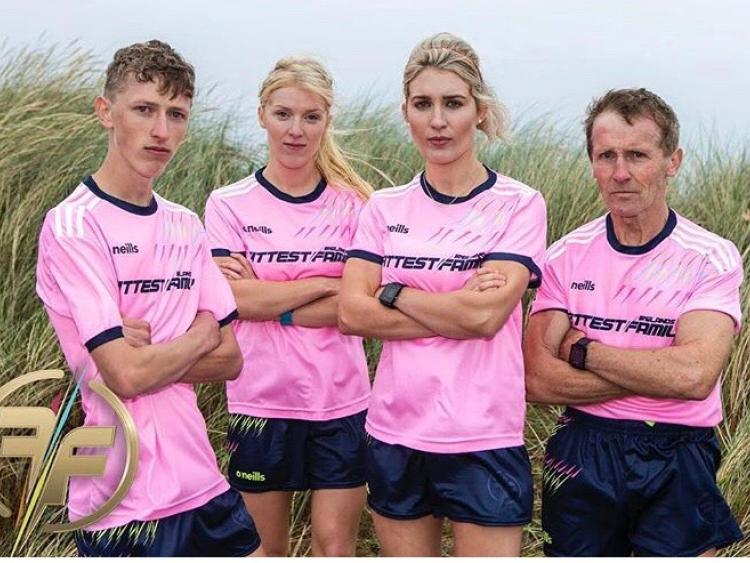 The McDonalds from Ballyroan, Laois

A Laois family has impressed the nation and made it to the semi-final of RTE’s Ireland's Fittest Family TV series.

The McDonald family from Ballyroan are seriously sporty and have the medals to prove it, having won several for cross-country and road-racing.

Father Martin, 62, who works as a farmer, has represented Ireland many times in sport, came 2nd in the World Mountain Running Championships O60s twice, as well as several All Ireland Medals at track, cross-country, and road.

He was the star of the show on Sunday night’s programme and his performance in the ‘hanging tough’ challenge was what got the family through in the end.

He managed to set a new record of hanging from a bar for 5 minutes 50 seconds over the freezing Irish Sea. The Laois family held on for 14 minutes and 5 seconds all together which was the highest score on the day.

With solid performances from the whole McDonald family, they have secured a place in the semi-finals of the competition in a bid to be crowned Ireland’s Fittest Family.

Their brother Cian, 17 is a fifth-year secondary school student and also got the sports bug from his father, having represented Ireland several times at mountain running. He also runs cross-country, track, road and mountain running.

Coach Davy Fitzgerald chose the McDonald family and has been mentoring them since the show began in October.

The show airs on RTE One every Sunday evening.

Best of luck to the McDonalds from everyone in Laois! WATCH THE SHOW HERE.

Wow...the McDonald family from #Ballyroan in Co Laois are something else on #IrelandsFittestFamily! Best ever time for Hanging Tough, and nearly 6 minutes for dad Martin. #Athletics #FitForLife pic.twitter.com/UvCYllhOsC

Serious strength from the McDonald family. Mind you, if Davy Fitz was roaring at me like that I’d #hangtough too! #irelandsfittestfamily