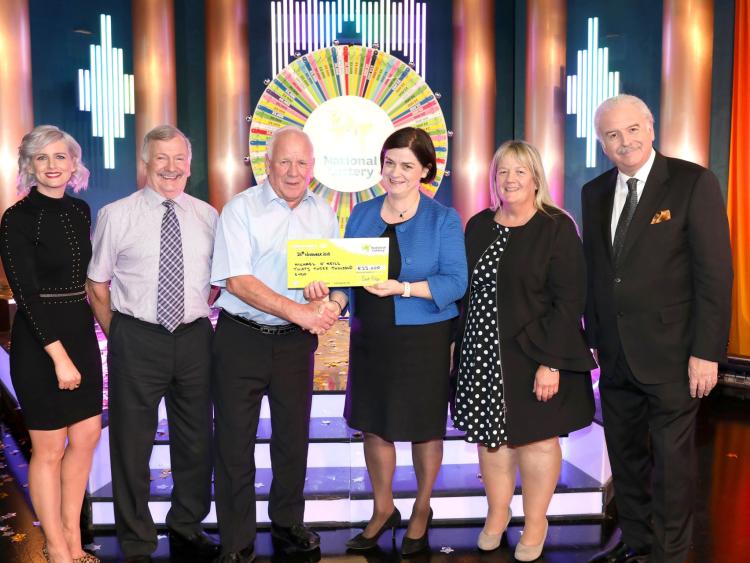 A well-known plumber from Laois won a tidy €33,000 for his brother on the National Lottery Winning Streak Game show on RTE One last Saturday.

When Jimmy O’Neill, from Mountmellick found out his brother Michael’s name had come out of the Winning Streak drum two weeks ago he was absolutely thrilled - but he never expected his brother to ask him to go on in his place.

Jimmy was more than happy to oblige as Michael has been there for him in the past, so it is his turn to do his brother a favour.

He did Miichael proud winning him prizes totalling €33,000 on the night.

Jimmy was supported in the audience by Michael, their four sisters (Elaine, Pat, Sadie and Marian) as well as his wife of 45 years – Kathleen. Jimmy and Kathleen have five adult children all who watched the show from home. They are James, Natasha, Nigel, Ramona and Grace. Jimmy is also a proud granddad to seven grandchildren.

As a retired plumber, Jimmy is well known across Mountmellick whenever someone springs a leak. He is a sports fanatic with golf and soccer his main interests. He also loves music and played the drums back in the 1970’s in a Country and Western band.

On the show, Jimmy got off to a flying start winning the Electric Dream game, winning Michael an electric Renault Zoe car worth €25,000.

He won an additional €8,000 in cash bringing Michael’s total to €33,000. As for plans for his winnings, Jimmy says that Michael hasn’t any set in stone just yet but will have a happy Christmas season!

This was the second Laois person to appear on the game show recently as Anthony Knowles spun the big wheel just a couple of weeks ago.