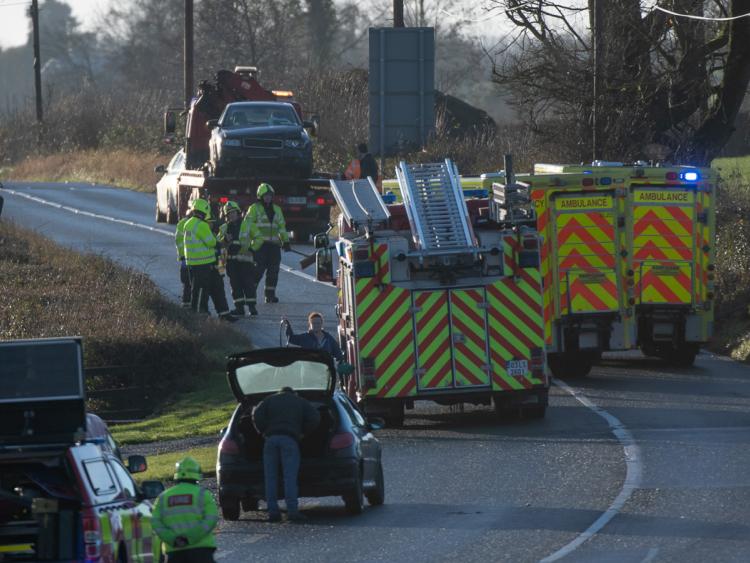 Several vehicles have been caught up in a pile-up on the Portlaoise to Tullamore road near Mountmellick in Laois which saw one vehicle flip upsidedown into a field.

Emergency services were called to the scene on the N80 at Derrycloney in Mountmellick during Monday morning rush hour.

One jeep ended upside down in a field as multiple vehicles ploughed each other before 9am on Monday December 3.

An eye witness told the Leinster Express that the incident happened after a car stopped to turn into a house on the road coming from the Portlaoise direction, at about 8.40am.

He said that three vehicles, including a private ambulance, had slowed to a stop behind that car as it waited to turn.

However, he said that more vehicles behind those began to crash into each other.

"I heard the bang and saw the jeep flip into the field, it had veered to the left to avoid the crash," he said.

"It is not the first time this has happened here, it's just people travelling too close to each other, all rushing to get places," the eye witness said.

He and his two young children in his car were uninjured. 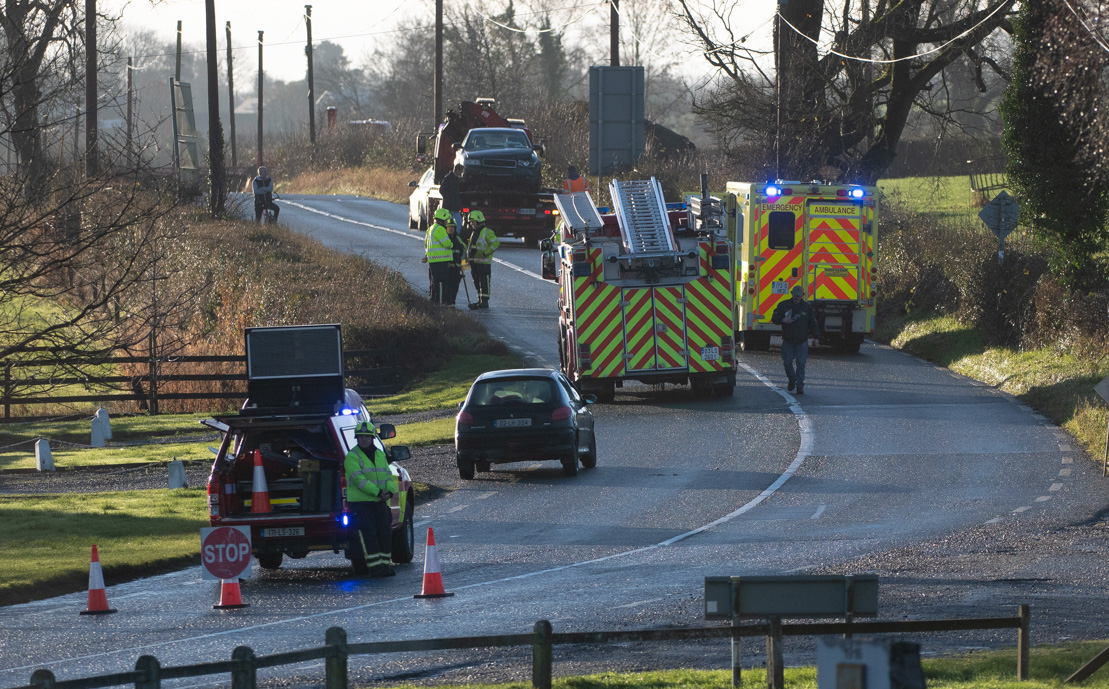