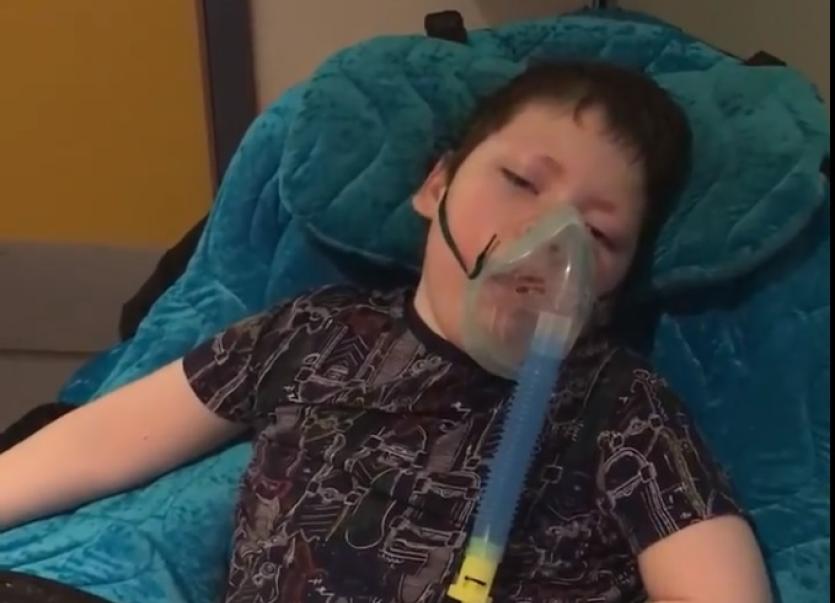 A Laois boy who has a serious disability has been battling an illness in Portlaoise hospital all this week.

The nine year old boy from Mountmellick needs 24 hour nursing care at his home because of a rare syndrome which leaves him unable to sit up or eat, with high doses of medication required to limit seizures.

Yesterday evening Wednesday December 6 his mother Nicolette Farrell gave a positive update as she videoed Ben, who opened his eyes in response to her voice.

"Ben is in his peapod chair today, the doctor says his chest is clear, that everything is all in his upper airways and he needs to sit out to try and clear as much gunk as he can," she said.

Ben is down to needing four litres of oxygen from eight litres.

"Touchwood he is going in the right direction," Ms Farrell said.