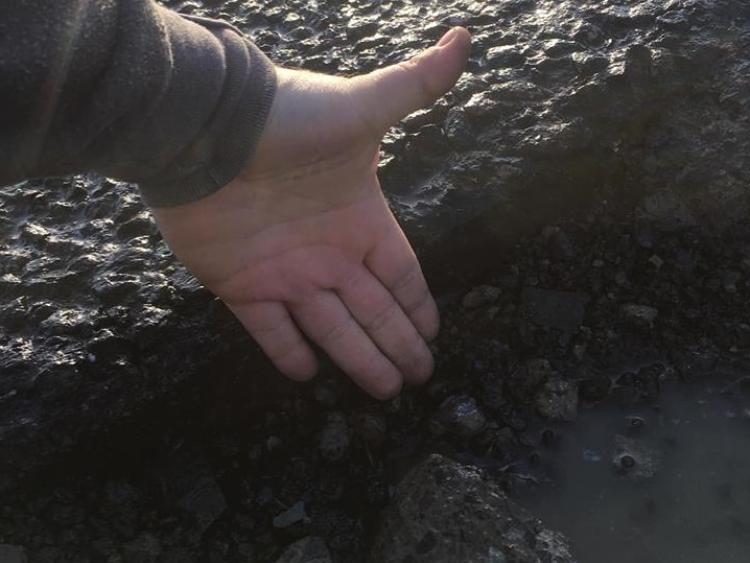 A motorist shows the depth of a hole in the road in Portarlington, Laois that has damaged multiple cars over the weekend.

Many Laois motorists have had cars damaged by a sharp hole in a road being resurfaced, and are demanding the local authority pay for repairs.

The hole was cut out on a roadworks site on the Kilmullen road between Portarlington and Monasterevin.

There are local reports online of up to 15 vehicles been damaged by it between Sunday evening and Monday morning December 10.

Some residents even formed a blockade on Monday to stop the contractor for Laois County Council from continuing work resurfacing the road, until the local authority agrees to pay for the damage.

One resident who spoke to the Leinster Express said that both his son and his neighbour had their cars damaged.

He said both formed a blockade to stop the contractor's machines from leaving a yard to start work on Monday morning, until they got assurances that the damage will be paid by Laois County Council.

"It is a serious pothole. I rang and spoke to Laois County council this morning but the council said it is not liable, the contractor is. But they pay the contractor," he said.

One driver posted a photo after his and other cars were damaged. He placed a sign at the hole himself to warn others.

Laois County Council's roads department has told the Leinster Express that it will cover costs of damages to cars, if cases are proven.

Roads official Kim Kinsella said the public can contact her to submit claims.

"If damages are as a result of the roadworks, and that has to be determined, people will be reimbursed," she said.

"We have had a number of calls. People have been told to submit their claims to us. We can't make assurances until our insurance company assesses claims. If it is normal wear and tear we are not liable, but if it as a result of works, we may be, but we have to speak with our insurance company," Ms Kinsella said.

A council engineer has visited the site this morning.

A claim is made by sending in a letter with details of the damage, photographs, and a bill or estimate for repairs.

Below: Workers back on site resurfacing the Kilmullen road on Monday December 10. Picture: Michael Scully. 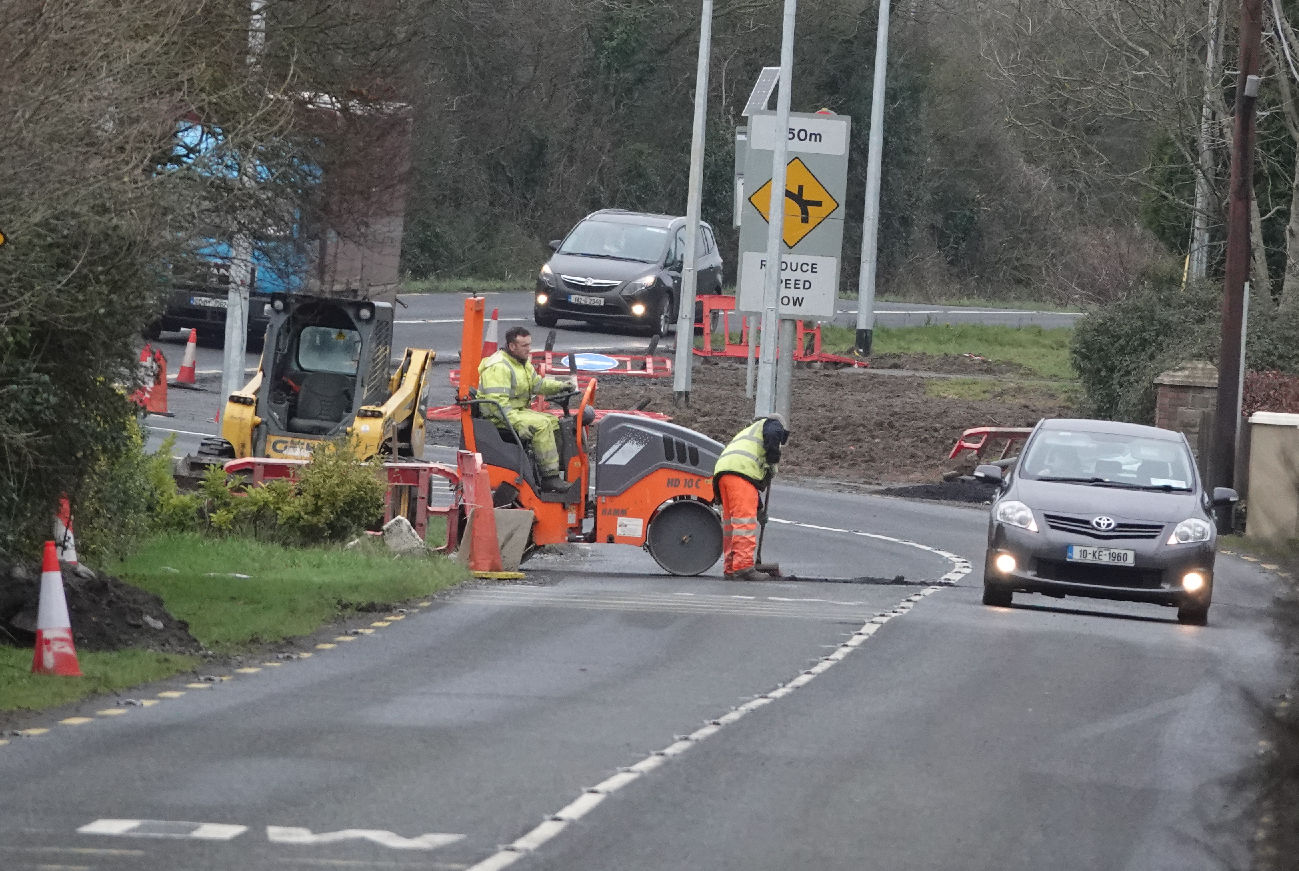