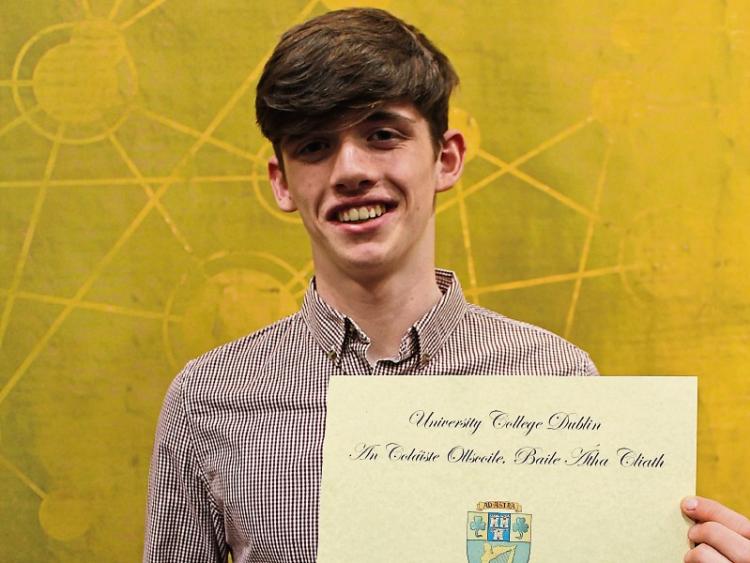 2018 UCD scholar Christopher Carew, a past pupil of Mountrath Community School was recently presented with an entrance scholarship for UCD where he is studying medicine.

Most students from Laois schools went to Dublin to pursue their third level education options but a college and univerity were the most popular individual locations.

Instititute of Technology Carlow was the most popular third level choice among students who attended Laois secondary schools according to the latest feeder schools table. A total of 96 students took places up at the IT in 2018. It was the most popular choice in Heywood Community School. Some 22 of its pupils chose course there.

University of Limerick was the most popular university. In total 80 students who completed their final second level exams in Laois started course at the Treaty city. It was most popular among those who attended Scoil Chríost Rí in Portlaoise 22 of whom opted for courses the college.

Limerick was popular destination in Laois with 22 going to Limerick Institute of Technology and 28 going to Mary Immaculate Teacher Training.

The third most popular choice was Waterford Institute of Technology. Some 58 students from Laois headed to the IT which wants university status.

A total of 283 students students achieved the points needed to attend university with the remainder opting for courses at ITs or other third level colleges.

University College Dublin was the most popular college in the capital for Laois students attracting 35 to courses.

A total of 49 students when to college in Maynooth University.