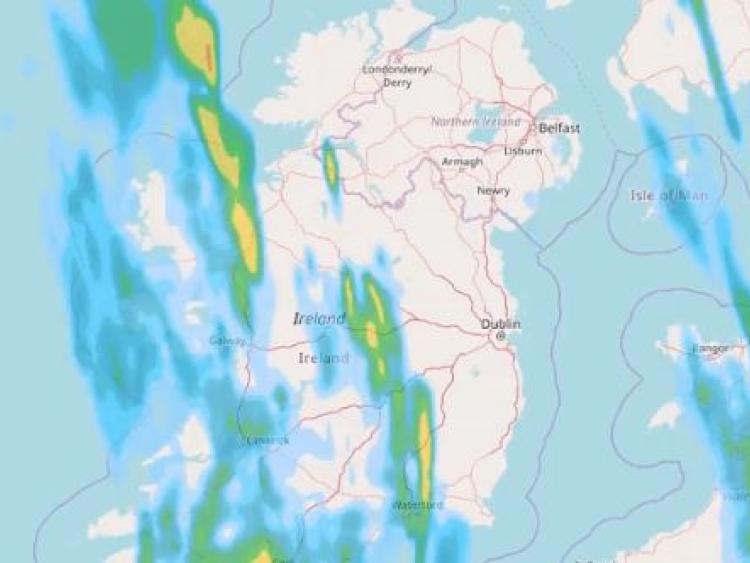 Met Eireann’s weather forecast for the weekend and New Year’s predicts that temperatures are set to remain mild across the country with ‘some mist and fog’ and light rain.

Thursday, December 27 will be largely dry but there will be a few patches of light rain or drizzle, mainly in southern and northwestern coastal districts.

Mostly cloudy and rather misty during the day but with occasional sunny interludes.

Top temperatures will range 9 to 12 degrees in light to moderate southwest breezes.

On Thursday night, outbreaks of rain will spread from the Atlantic to affect parts of the west and north.

The rain will gradually extend eastwards across the country during the night but will fragment as it does so, with very little rainfall expected in the south and east.

Some mist and fog also. Minimum temperatures of 6 to 9 degrees in mostly light southwesterly breezes, but increasing fresh along the northwest coast.

Largely dry today but there will be a few patches of light rain or drizzle, mainly in southern and northwestern coastal districts. Mostly cloudy and rather misty during the day but with occasional sunny interludes. Highs will range 9 to 12 degrees in light to moderate SW breezes. pic.twitter.com/T7oKVztZk7

Friday will be rather cloudy in southern coastal districts with a few patches of rain or drizzle.

It will be largely dry elsewhere with cloud breaking to allow some winter sunshine to develop.

Maximum temperatures will range 8 to 12 degrees, mildest in the south. Winds will be mostly light, variable or southerly in direction.

“Friday night: A cold start to the night in central and northern counties with the risk of a grass frost for a time. However, cloud and patchy light rain in the southwest will extend northeastwards during the night and temperatures will rise. Minimum temperatures of 2 to 5 degrees in the north but 6 to 9 degrees elsewhere. Winds will be moderate, southwesterly in direction.

“Saturday: It looks set to be mostly cloudy on Saturday with scattered outbreaks of rain and drizzle. Highest temperatures of 10 to 13 degrees in moderate, locally fresh southwesterly winds. Further patchy rain on Saturday night but becoming largely dry by dawn.

“Sunday: High pressure looks set to build towards Ireland on Sunday and it is expected to be a predominantly dry day with a mix of cloud and sunny interludes. Highest temperatures will range from 9 to 12 degrees in mostly light southwest breezes. Largely dry overnight but with some mist or fog patches.

“Monday (New Year's Eve): Another predominantly dry day on Monday but with a good deal of cloud across the country and perhaps a few spots of rain or drizzle along the south coast. Some mist or fog also. Top temperatures of 7 to 10 degrees in mostly light southwest breezes.

“Tuesday: (New Year's Day): High pressure over Europe will continue to extend a light south or southwest air-flow over Ireland. There will be a good deal of dry weather once again but with lots of cloud and patchy mist or fog. Maximum temperatures of 8 to 11 degrees.”

Brian Rohan tells the story of his dad's death