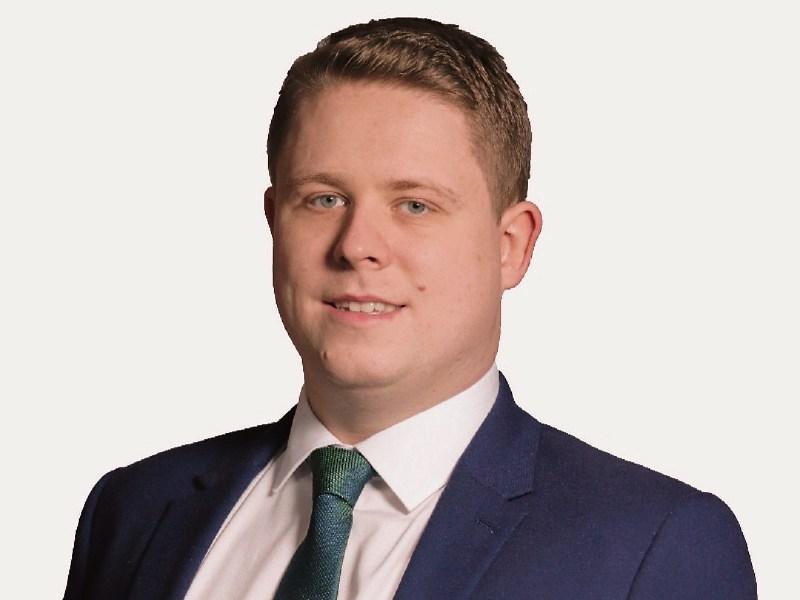 County councillors need to do more than knock on doors every five years at election time, according to an aspiring public representative.

Conor Bergin running for Fine Gael in the local elections next May.

He told the Leinster Express that he wants to be a fresh voice in local politics.

“As a young, hard-working and energetic candidate in the district, I want to bring a new perspective and fresh approach to representing people in the Borris in Ossory / Mountmellick electoral area.

“We need a strong voice and someone to speak up for the area, who is not afraid to raise important issues such as the poor condition of many local roads, the need for additional street lighting and footpaths in rural areas and the need for investment in high-speed broadband in rural towns and villages.

“I think that councillors need to do more to keep in touch with the people who elect them. A knock on the door once every five years isn’t enough. There is often a disconnect between the views of councillors and the communities they represent. I believe that local public representatives should do more to keep in touch with their constituents between elections and listen to their views,’’ said Conor Bergin.

Aged 25, the Borris-in-Ossory native lives locally and works as a political adviser to Laois TD and Minister for Justice and Equality, Charlie Flanagan in his constituency office in Portlaoise.

He says he is involved in many local organisations in Borris-in- Ossory including the Tidy Towns, Community Development Association and Laois Public Participation Network. He is on the board of Laois Partnership as an area representative for the Borris-in-Ossory/Mountmellick municipal district area.

He was educated locally in the Convent of Mercy NS in Borris-in-Ossory, Colaiste Phobal Roscrea and then attended University College Dublin, graduating with an honours degree in History and Politics, followed by a Masters in Public Policy.

Mr Bergin says he is not from a political family and has made his own way into politics.

His father Gerard is a retired Garda and his mother, Kathryn has worked as a teacher and Deputy Principal in Borris-in-Ossory National School.