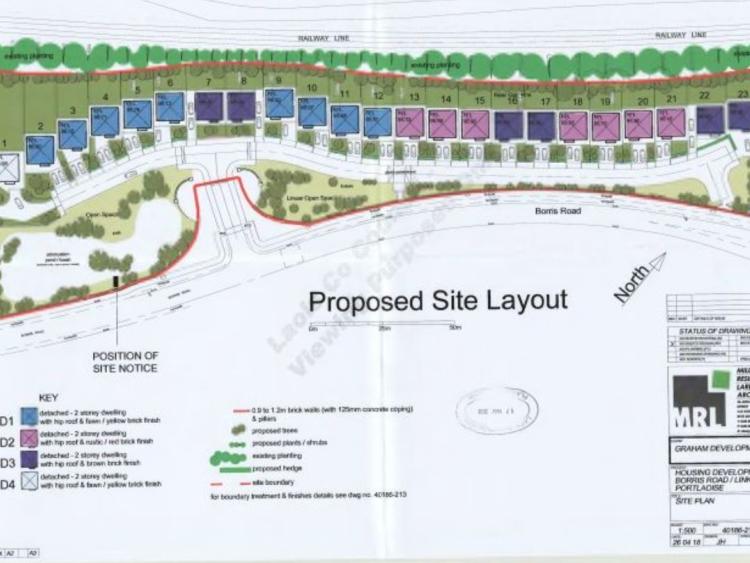 A Laois construction company has lodged a new application to build 23 houses on land beside two huge Portlaoise schools that principals and Laois County Councillors have argued will be needed for future school extensions.

St Mary's CBS Principal, Maura Murphy and Scoil Chriost Ri Principal, Helen O’Donnell previously objected on behalf of their school's Boards of Management to the plans for 43 houses to be built by Graham Developments on the site near the school campuses on the Borris Road, Portlaoise.

Principal Maura Murphy said: “It is unthinkable that this area of ground, which would be available for future extensions of the adjoining facilities, should now be considered for housing.”

She said the proposed development would be in direct contradiction of the council’s policy to facilitate the educational facilities to meet the needs of the county.

Principal Helen O'Donnell said this is the only land available if a school extension is needed.

“The existing school is landlocked by virtue of the fact that the railway line runs to the rear of the school campus and an existing housing development 'The Hermitage' runs to the north east boundary. This is the only piece of land that can be used for any future extensions/requirements for our school.”

Another submission against the application was made by all seven members of the Portlaoise Municipal District.

They stated that the proposed site is the only piece of land that can be used for any future extensions or requirements for the school. The submission was signed by Cllrs Catherine Fitzgerald, Mary Sweeney, Jerry Lodge, Caroline Dwane Stanley, Noel Tuohy, Willie Aird, and John Joe Fennelly.

There was also a submission made by David and Phyllis Clegg, of Chestnut Grove, Borris Great, but the Cleggs later withdrew their submission.

Laois County Council refused permission for the houses to be built on the Borris Road site in Portlaoise because it said the land was zoned for educational purposes and not housing. The planning authority also said that the proposed development could endanger public safety by traffic hazard or obstruction of road users. This decision was made in September 2017.

Now, Graham Developments has reapplied for planning permission at the same site to build 23 two-storey detached dwellings despite the land still not being zoned for housing. 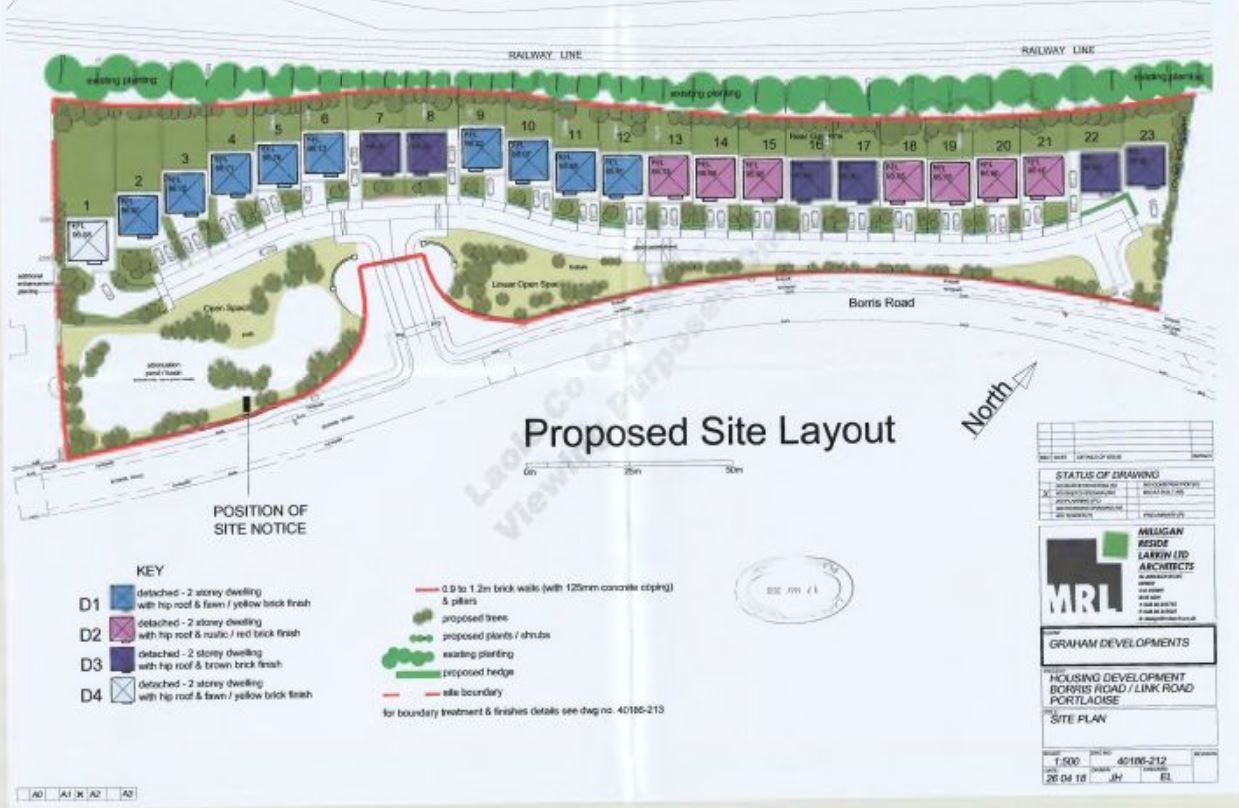 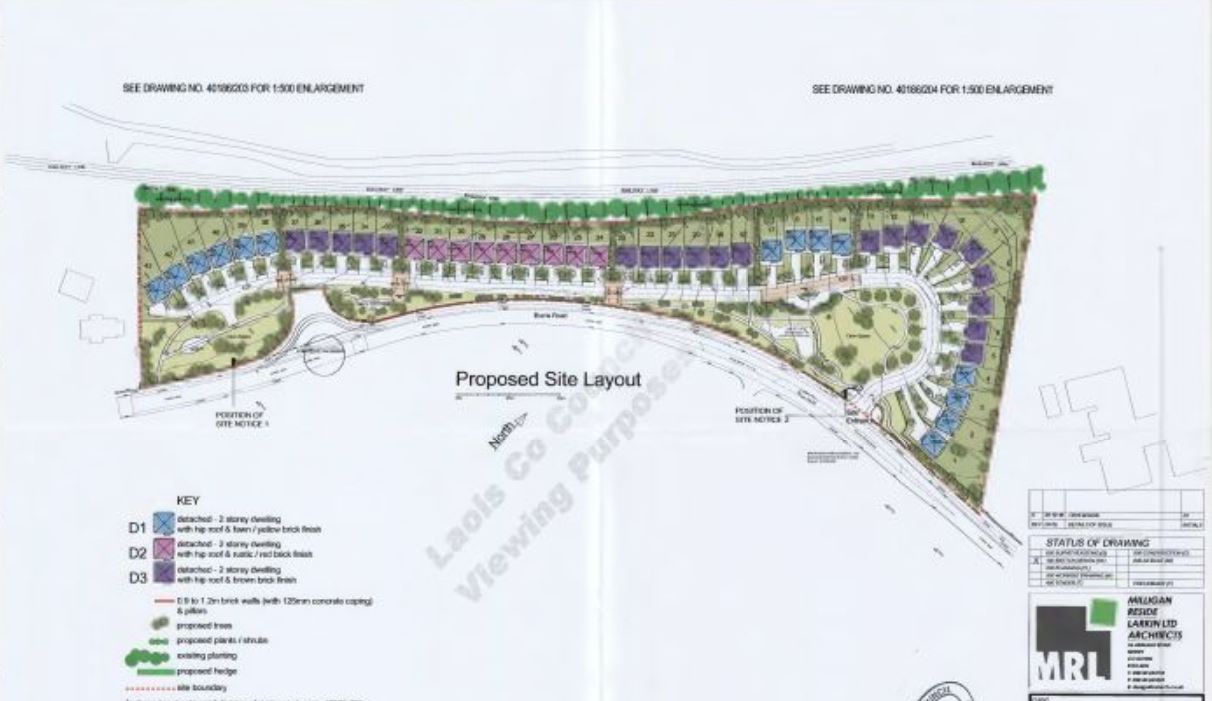