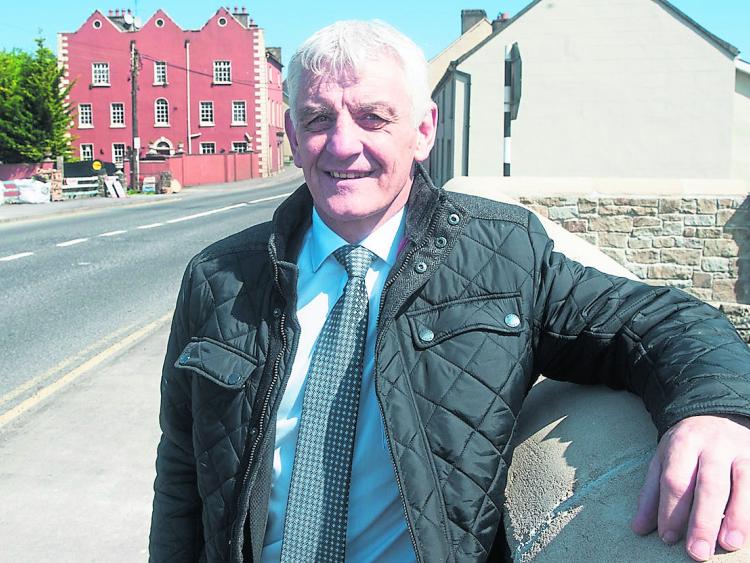 A Fine Gael local election hopeful 'should know better' about the 'hard work' done by county councillors through his job with Minister for Justice Charlie Flanagan, according to a sitting Laois councillor.

Cllr James Kelly will be up against Conor Bergin in the local elections next May in the Borris-in-Ossory electoral District Mountmellick.

Launching his campaign Mr Bergin, who is an assistant to Laois TD and Minister Charlie Flanagan, criticised sitting councillors.

Cllr Kelly wished Mr Bergin well in seeking the nomination but rejected his claims that councillors were out of touch.

"This municipal area covers 42% of the total area of Laois and I can honestly say that all six councillors have been a strong voice for the area working very hard and have not been afraid to raise the important issues such as the improvement of roads, lighting, housing, broadband and employment.

"Since I was elected I have made it my business to connect with as many of the communities as possible such as Mountrath, Borris-in-Ossory, Camross, Castletown, Pike-of-Rushall, Ballaghmore, Rathdowney, Durrow etc.

"To state that we need to do more than knock on doors every five years is disappointing especially for a potential candidate who is working in Minister Flanagan's constituency office and who would have first-hand knowledge of how hard the local councillors work,” he said.

Mr Bergin will be hoping to get the backing of party members in his area this month to get on the ticket.

“I think that councillors need to do more to keep in touch with the people who elect them. A knock on the door once every five years isn’t enough. There is often a disconnect between the views of councillors and the communities they represent," he said in a statement.

Read also: MUST DO MORE THAN KNOCK ON DOORS EVERY FIVE YEARS