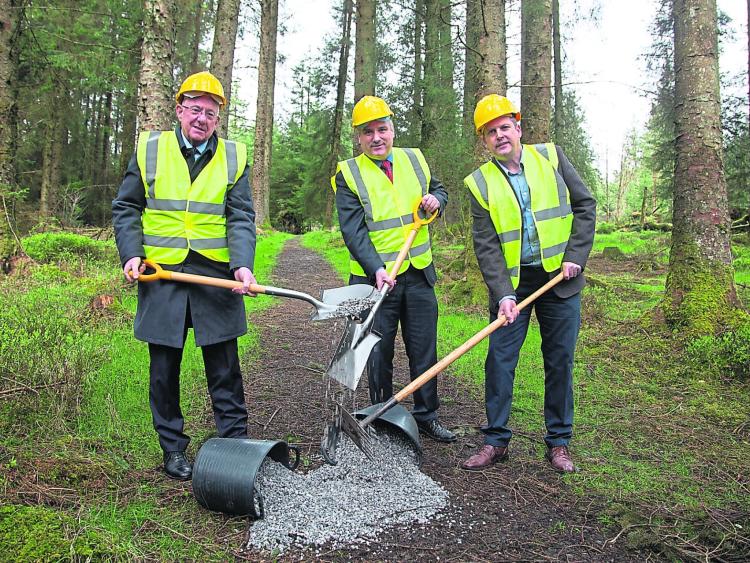 No applications came from Laois to get some of the €11 million set aside for outdoor recreation projects that could attract tourists and be an amenity for local people.

The Department of Rural and Community Development and Fáilte Ireland announced this week that 78 projects would share €11 million under Measure 2 of the 2018 Outdoor Recreation Infrastructure Scheme. No Laois schemes received money. Grants for individual projects can amount to €200,000.

The Department told the Leinster Express why no cash was coming to Laois.

“Each local authority was invited to submit four projects for funding through Measure 2 of the 2018 Outdoor Recreation Infrastructure Scheme, however, the Department did not receive any applications from Laois County Council for funding under this Measure," said statement.

Minister Michael Ring's Department said Laois received all of the funding sought through Measure 1 of the scheme. This amount to €40,184.80. It added that there was one Laois based application for funding through Measure 3, which proved unsuccessful due to it not meeting the scheme criteria.

“Laois County Council made an application for funding to complete a phase of works of the Portlaoise Blueway, from JFL Avenue to Triogue Linear Park, under Measure 3 of ORIS 2018.  The project application was not successful as all of the necessary access permissions were not yet in place,” said the Department.

The Portlaoise project received nearly €100,000 under the 2017 allocation.

Blueways, greenways are among the type of projects that get funding because of their tourism potential.

A statement said that Laois has benefited from many of the Department’s other funding schemes.

"In total, in 2018, Laois received funding of over €4.8 million from my Department including €850,000 Town and Village Scheme funding, €980k CLÁR funding and €500k Local Improvement Scheme funding and in addition to this, Emo Court received a further allocation of €1.2 million through the Rural Regeneration and Development Fund in November last,” said a statement.

The first stretch of a Slieve Bloom Mountain Bike Trail was completed in December 2017. It is a joint project involving Laois and Offaly councils and Coillte.