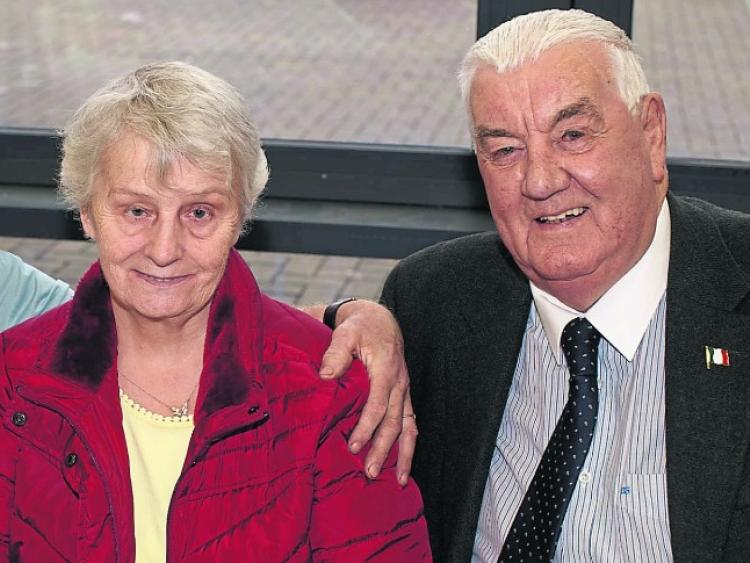 A Laois man who says his family has 'had a hard time' recently is 'delighted' his name was called out for next week's Winning Streak gameshow on RTÉ.

Jackie Doheny from Fr O'Connor Crescent in Mountrath was picked out of the drum on Saturday's Winning Streak as one of next week's contestants on the popular TV game show.

Jackie is retired after working 44 years in Mountrath Sawmills. He and his wife Margaret have 14 children. They tragically lost their son John last month on December 9 when he died unexpectedly in Bermingham, England.

“My son died suddenly in England in December, we have had a hard time. I have had four stents in my heart so we are after going through a lot.

“I sent the ticket away a fortnight ago and I was sitting looking at it on Saturday night and I watched my name being called out. My wife Margaret had gone up to bed on Saturday evening and I shouted up after her when I heard the name called out,” he said.

When asked what he plans to do with his winnings, Jackie said ‘there are a lot of potholes to be filled’.

Jackie joked that his children have been around him ‘like bees’ since he was picked out. He is all set for his first ever TV appearance next Saturday and he will have a huge crowd of supporters, family and friends, up with him in Dublin.

Each lucky Winning Streak player is guaranteed to win thousands of euro on the programme and could even get the chance to spin the Grand Prize Wheel where the jackpot is €500,000.

Jackie is the third lucky Laois person to go on the show in as many months.

In November, Jimmy O’Neill, from Mountmellick took home €33,000 on behalf of his brother Michael. A few weeks previous, Anthony Knowles from Ballyroan spun the wheel and won an amazing €57,000 in total.