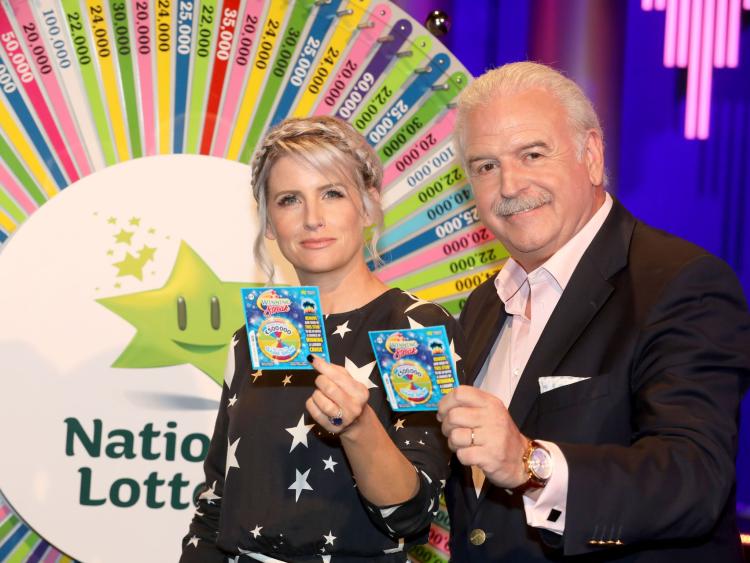 Laois man Jackie Doheny has revealed some of his plans for when he takes home some cash prizes and hopefully spins the big wheel on this weekend's Winning Streak.

Jackie plans to take a trip to Lourdes with his wife of 56 years, Peg, with his winnings after he appears on the National Lottery Winning Streak game show this weekend.

As show hosts Marty Whelan and Sinead Kennedy drew the names of next week’s players he heard them call his own name. Jackie did a double take and then they called it out again. He jumped up and started shouting to Peg that he was going to be on Winning Streak.

Despite a few nerves, he is all set for his first ever TV appearance.

He could have filled the entire studio with his army of family and friends who will provide great support for him in RTE on the day and he said there will be a couple of local screenings for everyone who couldn't make it.

Jackie and Peg had 14 children, many of whom are looking forward to making some noise in the audience. They have been married for 56 years and they raised their big family in a three-bed house in Mountrath. Jackie is also a proud grandfather to a total of 28 grandkids! Jackie now retired, worked in Mountrath Sawmills for 44 years.

His Winning Streak could not have come at a better time as he had a tough few months.

He had four stents put in and his son died suddenly in December. His appearance on Winning Streak has lifted the family and he says that all his children and grandchildren are buzzing like bees.

Jackie says there is a 'lot of potholes to be filled' with his winnings from the show but hopes to go away with Peg and visit Lourdes for the second time together.

In his spare time, Jackie loves all levels of GAA and he will watch any match. In his younger days spend summers travelling to different neighbouring counties watching intercounty games with friends.

The Winning Streak National Lottery game show, co-presented by Marty Whelan and Sinead Kennedy, will feature some perennial favourite games as well but also brand new games including Play or Pay, Roll for Riches, WinFall and Electric Dream – where one player will win an electric car worth €25,000.

Jackie will appear on the show this Saturday night, January 19 on RTE One.

As ever one of the lucky five players will get the chance to spin the wheel and win up to €500,000.

But this series a €100,000 segment will be added to the iconic Grand Prize Wheel every show if less than that was won in the previous show, improving players chances to win a massive prize.

The popular game show first appeared on our screens in September 1990 and since then a massive 5,975 people have taken part, winning in excess of €170 million in prizes. Winning Streak is the second longest running game show in Europe.

The other Winning Streak players next weekend are: