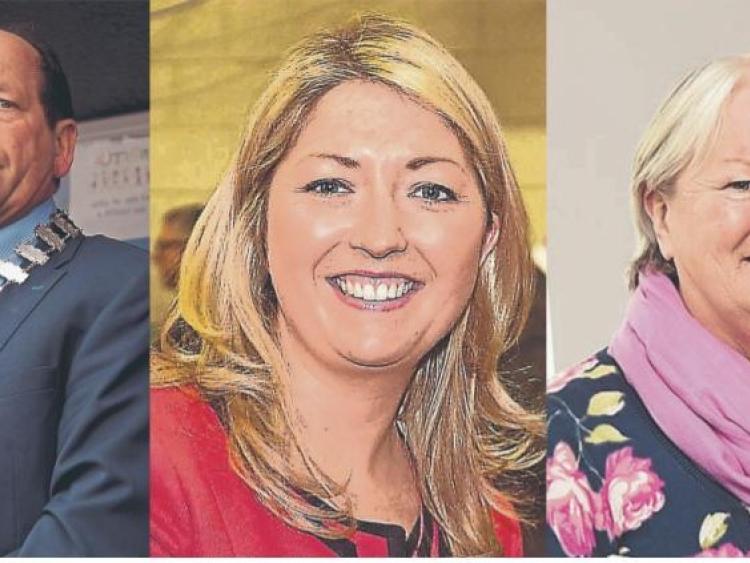 Fine Gael has included a former general election candidate in its bid to win three seats in the Portlaoise Municipal District at this year's local elections.

Sitting councillors Willie Aird and Mary Sweeney were selected by the party last week, along with Thomasina Connell.
The three were returned unopposed at the first of the party's three selection conventions in the run-up to the Laois County Council elections in May.

The Portlaoise Municipal District includes Abbeyleix and Ballinkill to the south and north to The Rock.
Thomasina Connell is a newcomer to Portlaoise politics but contested the 2016 General Election for the party in Laois when she polled an impressive 4,233 first preferences.

The Ballybrittas native spoke about moving into Portlaoise, saying she is confident of strong, local support as she has been involved in a lot of Portlaoise-based activities and groups, including the Youth Theatre and the recent pantomime, while her business on Main Street goes from strength to strength.

She believes that her age profile as a younger candidate should act in her favour.

Among the issues on her agenda are the difficulties faced by many people in securing childcare and the demands of a daily commute.

“We need to do more in looking at the workforce locally, and in helping people to set up new businesses,” she said.

The candidate added that it is necessary to look at business rates in the town centre to both attract new start ups and secure the future of established stores.

Cllr Aird has represented Portlaoise since 1979. He is looking forward to running again and having topped the polls in the past he said he would never take the vote for granted.

“I'm delighted to get the nomination again. I started on the Town Council 40 years ago.

“I am never really confident when it comes to the vote, it is totally up to the people and it could be very different any year,” he said.

Cllr Mary Sweeney said she was as enthusiastic as ever.

“My record of delivery, in partnership with my Fine Gael colleagues in county Laois speaks for itself. Following my first selection convention in 1999 I made it my priority to ensure that Ballyroan would get the sewerage treatment plant it had been originally promised 26 years earlier. This was delivered in April 2005. This has allowed for new developments in the village of Ballyroan and provided for a vibrant and growing community with 400 new homes, social, affordable and private, built in that period.

“The influx of new people and families to our community in Ballyroan meant that the original schools were unable to cope with the increased population so, in conjunction with Minister Flanagan we campaigned tirelessly for a new primary school which was approved in 2015 and Scoil Eoin Phoil Naofa II, a two storey eight classroom school was officially opened in the summer of 2017,” she said.

She also paid tribute to the late Kathleen O'Brien who lost her seat at the 2014 election.

The selected candidates are competing for the seven council seats in the Portlaoise district.

Fianna Fáil has three seats while Sinn Féin and the Labour Party each hold a single seat in the biggest Laois constituency.