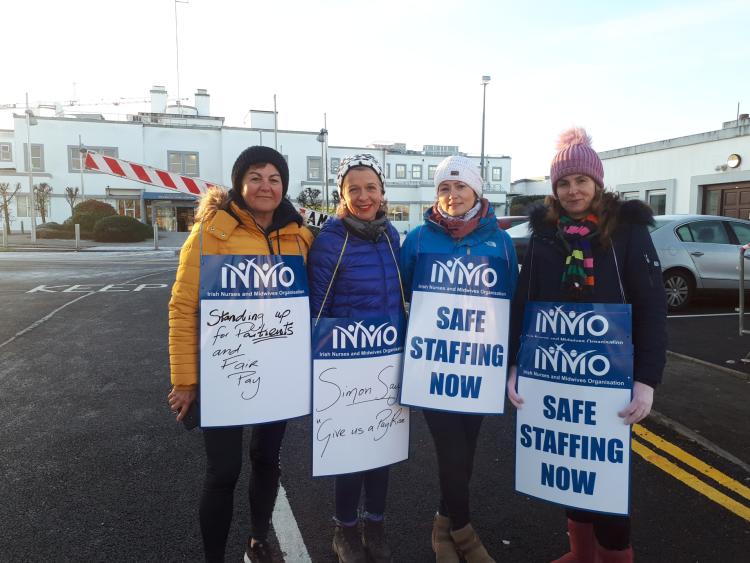 Hundreds of nurses are on the picket line outside Midlands Regional Hospital Portlaoise today, joining almost 40,000 colleagues around Ireland.

Some of them spoke to the the Leinster Express about the conditions that are affecting patients as well as nurses in Portlaoise.

“For the nurses it’s a struggle. Recent feedback from patients, its a nightmare for them. It’s uncomfortable for them, they are on trolleys for a long time," said Rita Flaherty.

"We’re striking, I believe for the public’s interest, and our future, and our children’s future. The service is inadequate, it is not fit for the patients that’s in our ED departments and wards, their whole journey throughout the hospital. It’s substandard, it needs to improve. Nurses are poorly paid, we’re not recruiting into positions, not retaining staff, they’re emigrating, it’s extremely concerning," Ms Flaherty said.

Nurse Siobhan McCann said the hospital is "short staffed on a daily basis".

She said Portlaoise has become much busier over the years.

"The demand, the numbers who come to the hospital are increased with the population growth, the population is getting older, people need more care, one to one care and they’re not getting it," she said.

Trish Henry said they are striking to address problems for patients.

"The national media are painting us in a very poor light. Every Monday morning they should put up statistics, no beds, people on trolleys, surgeries being cancelled but they were quick to put up statistics about the strike. What we’re doing today is we are trying to prevent those statistics that are happening every week," she said.

A second strike is scheduled next week. Psychiatric nurses plan a strike on Thursday, and ambulance crews are also planning a strike.

The nurses are not hopeful that after today, the Department of Health and HSE will sit with them and resolve a deal.

"It’s very doubtful. We’ve started the process, we need to follow it through, we are here for the future, whatever it takes. We might not sway the public but unfortunately we’re doing it for them," said Rita Flaherty.

Tony Arthur is the Irish Nurses and Midwives Organisation (INMO) chairman of the strike committee in Portlaoise.

He said the low wage has caused the staff shortages.

"We don’t want to take this route but we’ve been left with no other option. It’s to do with staffing and retention of staff. Newly qualified nurses wages are just too low. They are just over the minimum wage, compared to the other allied work professions, the likes of physios and occupation therapists, there’s a massive gap. In some cases it’s nearly €5k to €6k at the starting level and it takes them a good few years to try catch up with them.

It affects patients directly he said.

"There’s overcrowding in A&E every single day. There’s seven or eight on the trolleys today which is actually quite good compared to some other days when there could be 20 if not more. We’re up to our capacity nearly every single day which puts a lot of strain on staff and patients. There’s a pressure on nurses to perform basic nursing care," Mr Arthur said.

"The government have tried numerous ways but none have succeeded. The only way we can see is if they increase the wages. In Australia, England, Dubai there’s nurses saying that if pay and conditions were good here they would come back in a heartbeat. And it would be good quality nurses that would come back as well," the Portlaoise nurse said.

WATCH: Video of nurses on the picket line at Midlands Regional Hospital Portlaoise

Below: nurses strike outside the main entrance of Midlands Regional Hospital Portlaoise. 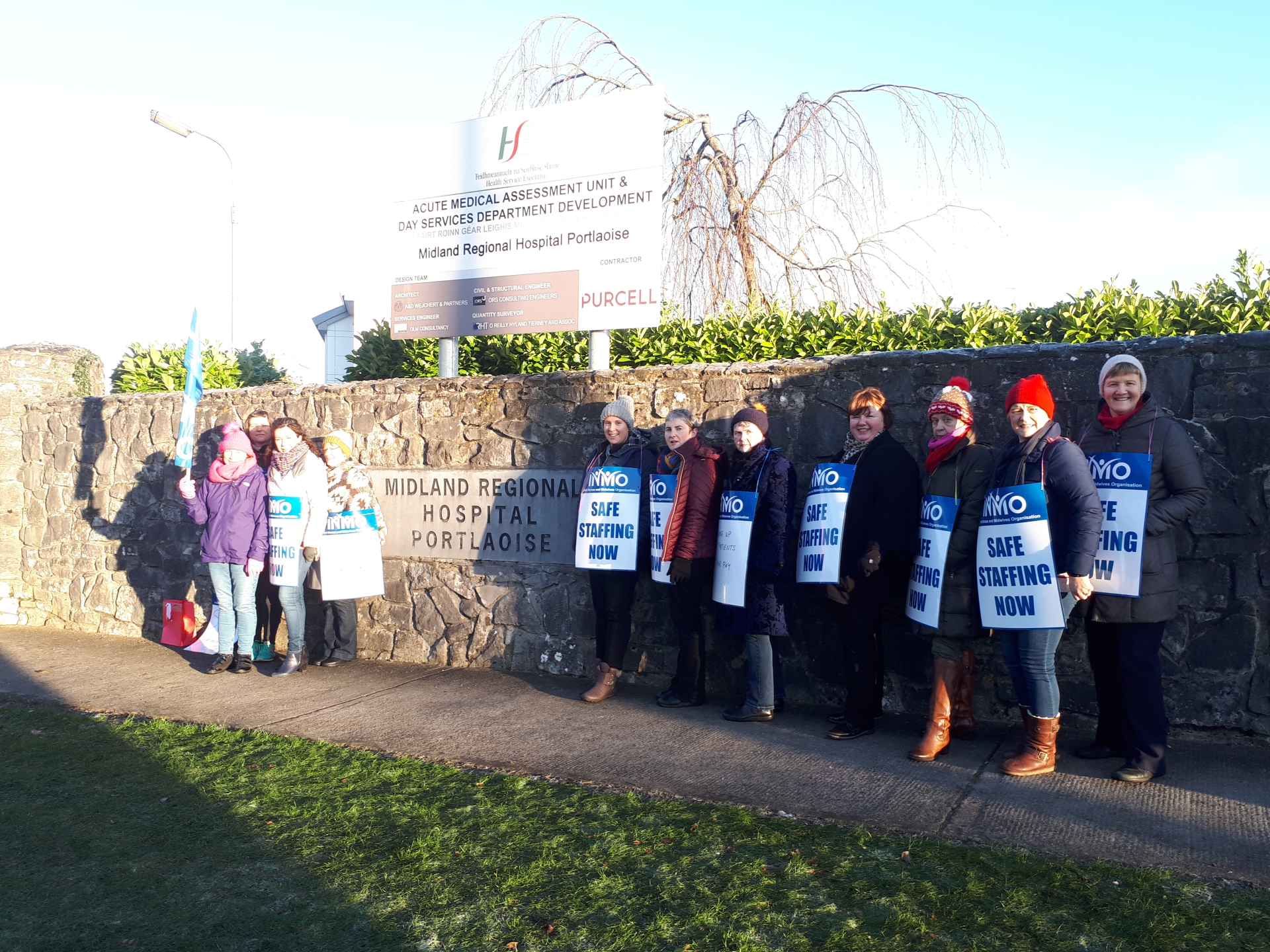