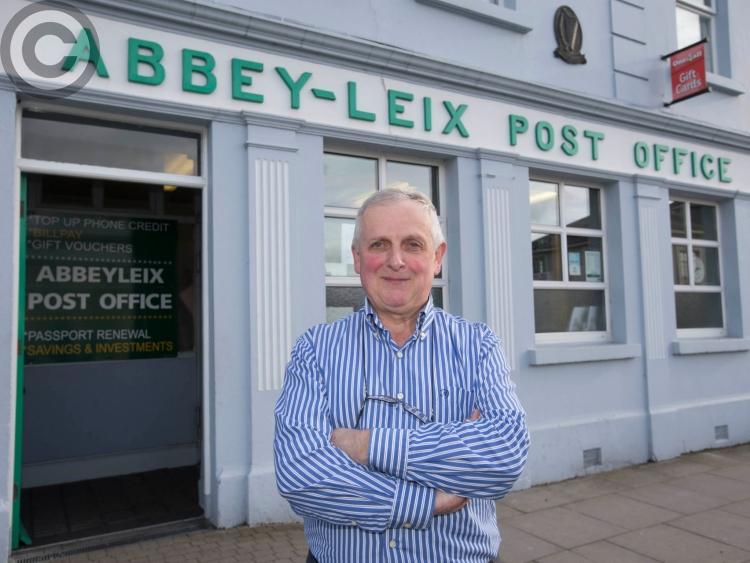 A landmark business on Main Street, Abbeyleix is the latest Laois Post Office to close its doors after 60 years of business by the Connolly family.

Derry and Catherine Connolly will close the Post Office for the last time on Friday evening, February 8 at 5.30pm.

The Post Office in Abbeyleix is a landmark building on the Main Street and is engrained in the history and heart of the heritage town.

The Post Office service is set to continue at a new location, inside Supervalu, Abbyeleix on the Main Sreet starting from 11 am on Monday morning, February 11.

Postmaster Derry Connolly told the Leinster Express it is a sad day in Abbeyleix.

"It’s a very emotional day, our family has been here for 60 years. It is a bit different from other towns because the town isn’t losing the Post Office, it is going to remain here.

"I wouldn’t be retiring if the Post Office was closing. I got the opportunity to retire so I decided to take it as I might not get the opportunity again. An Post put the offer on the table for Postmasters who wanted to retire and I was assured it would remain open.

"There has been a mixed reaction from people because it was a standalone Post Office, people have had a mixed reaction about it going into a supermarket, I can assure them that things will be as they were. It is a dedicated space in the supermarket. 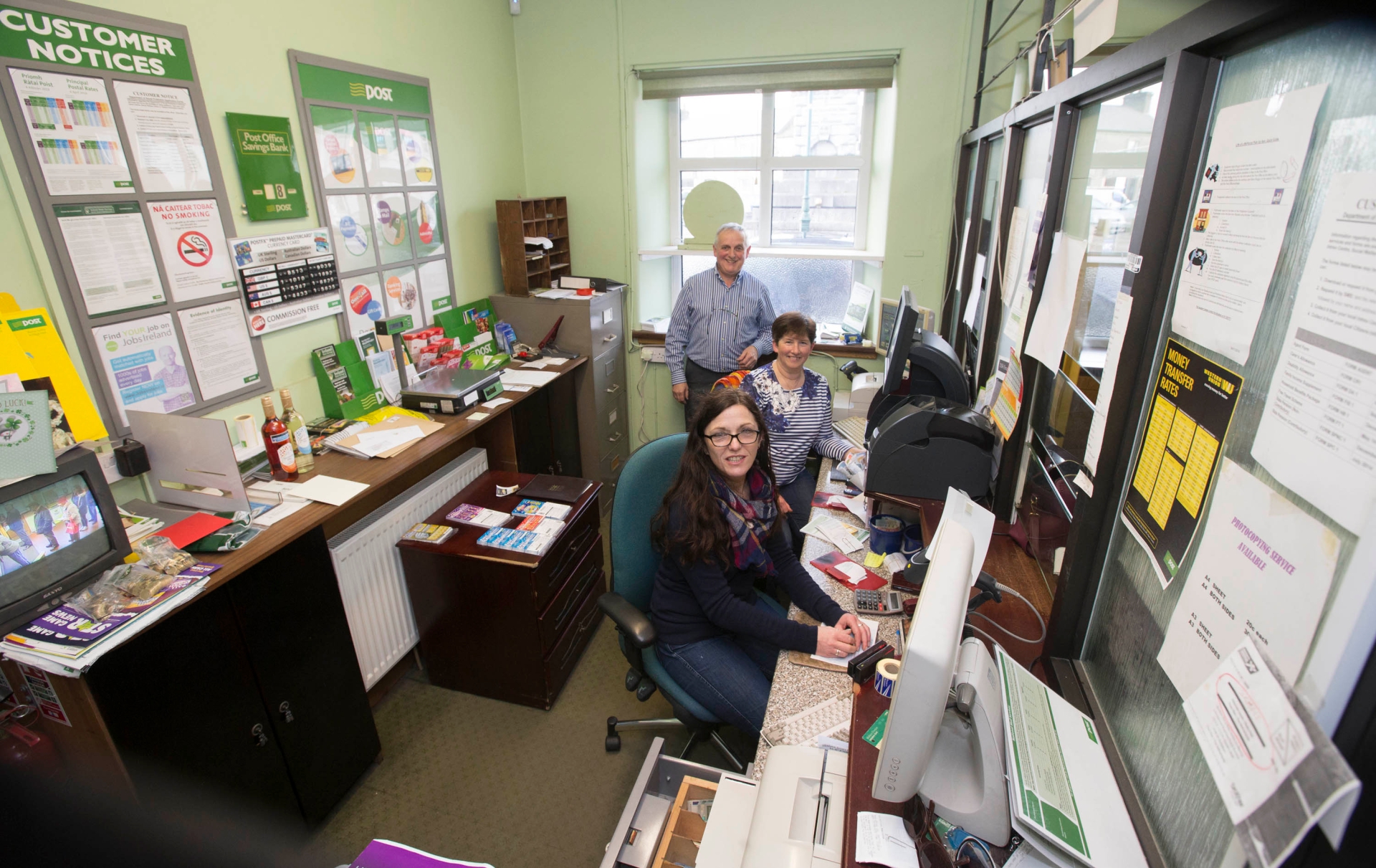 "The loyalty shown from customers over the years has been immense, the comments from people on Facebook are a testament to the popularity of the office. It has been a privilege and a pleasure to serve the people of Abbeyleix and surrounding parishes. I would like to take this opportunity to thank everybody who did business with Abbeyleix Post Office during the years and to thank all the loyal and dedicated staff who worked with me," he said. 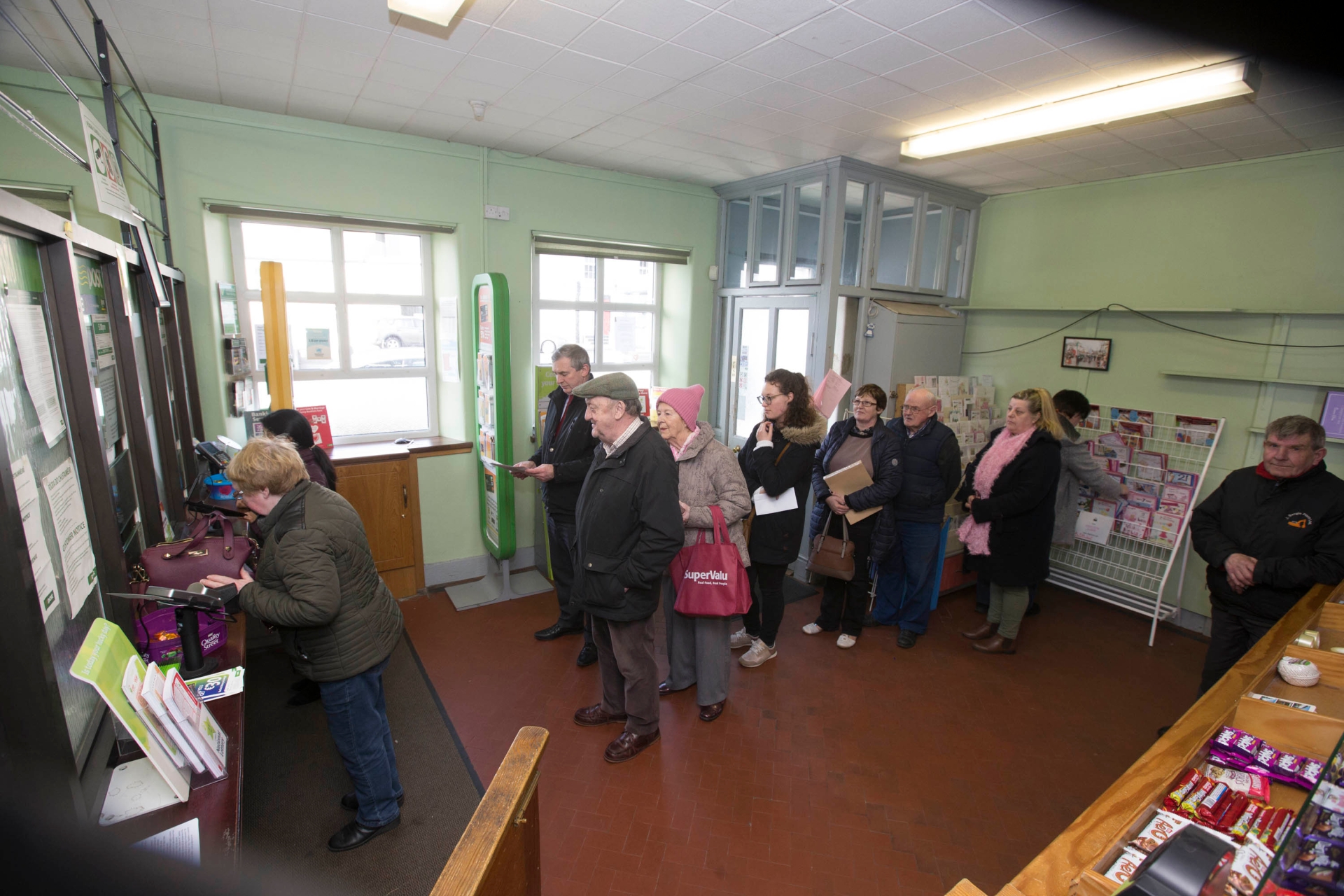 Above Customers still queuing on the final day of business. Picture:Alf Harvey

Mr Connolly said there are no plans for the future of the landmark Post Office building on Main Street. His parents Dermot and Mary Connolly came to the town in 1959 and started the Post Office, the family bought the building from the Department of Post and Telegraphs at the time.

He added that his four staff members were offered jobs in the new Post Office but have chosen not to take them.

In July, 2017 the sorting was relocated from the Post Office in Abbeyleix to a centralised office in Portlaoise next to the main sorting office.

In August, 2018 an agreement struck between An Post and the Irish Postmasters’ Union (IPU) saw the closure of Ballinakill and Ballybrittas Post offices.

Under the agreement services from Ballinakill transferred primarily to Abbeyleix Post Office. At the time An Post said Post Offices in locations where postmasters are opting to retire will close and the services will be "consolidated" with neighbouring offices ensuring their continued viability.

Mr Connolly plans to enjoy his retirement pursuing the things he already loves like golfing, horse racing, gardening, walking and cycling alongside his wife Catherine who retired from teaching in Ballyfermot two years ago.

"It will be strange on Monday morning - I might have to have an extra pint on Sunday evening," he said.