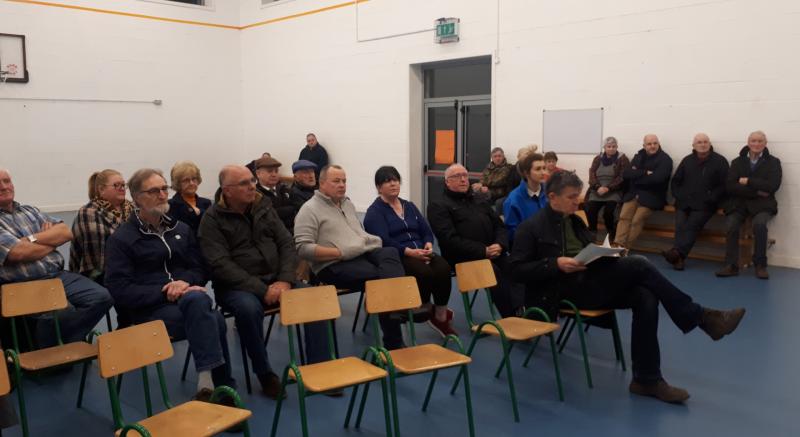 Stradbally residents at a meeting to discuss traffic concerns, in St Colman's school on Tuesday February 12.

Residents of a Laois town where a large housing estate has got planning permission, hope to persuade the developer to change the plan over their traffic concerns.

The development is in Stradbally on Church Avenue, a cul de sac road that already has many other users, including a school, two housing estates, a hursing home and a large business.

Planning for the new 72 house estate with 159 parking spaces was advertised last summer and approved in January by Laois County Council planners, but it "went under the radar" say several people in Stradbally. There were no objections to the application, and a letter was sent from Stradbally Community Development Association to the council had welcomed it.

Only after permission was approved did local residents raise concerns about the implications for traffic on Church Avenue, causing the SCDA to arrange a meeting to discuss concerns.

Last Tuesday night over 30 people came to St Colman's NS on the road.

Many said there would be too much traffic on the road. Its narrow exit to the main street, constrained between the stone walls of two churches was also a concern.

"I can't understand why they gave planning permission, these are serious problems, we can't bury them under the carpet. This road is a cul de sac, we are going to have so many problems," said one woman.

"The planners made a booboo here, why didn't they say 'you can do it if you use the Athy road'? Trying to put traffic management down this road will be extremely difficult," said another resident.

"This is of significant concern to all of us, for safety, the volume of traffic and how narrow the entrance road is. Either minimise the traffic or move it to an alternative route. It's a shame the entrance wasn't put out onto the Athy road, but in fairness to the council there wasn't any submissions," said a resident.

Chairman of SCDA Donal O'Shea chaired the meeting, between the residents and councillors Paschal McEvoy and Tom Mulhall.

Mr O'Shea suggested widening the entrance to the road by moving the church boundary walls.

Cllr Mulhall suggested meeting with Langville Properties to ask them to change the design to exit the estate onto the Athy road.

He notes that the plan comes with a deal to give two acres of land to the school for playing pitches, and said seven of the houses would be given to Laois County Council as a Part V agreement for social housing.

"We with the residents and businesses can go back and sit with Langville and ask them to consider a construction entrance site or a long term entrance on the Athy road. It is a regional road, there is good sight on both sides and its not impacting on residents. It won't cost them an arm and a leg. We don't have to fall out with anyone," he said.

Cllr Paschal McEvoy warned that the developer was "under no obligation to give two acres to the school" in a deal not yet signed off.

"I accept everyone's opinion about traffic, but a new road onto the Athy road would need another planning application. People on the Athy road have been onto me asking why we are moving the problem onto them. I really ask you to be careful," he said.

The town is drawing up a development plan, and hired expert Sean Crowley suggests adding a suggested solution to traffic in that plan, to strengthen their argument.

"I know the horse has bolted, but I think there is an opportunity to sit with the developer and mitigate this, but we need to meet a representative from the Athy road before we meet the developer, we need to come to the table with some kind of solution," he said.

Laois County Council planning office has since issued a statement saying that procedure was followed as required by legislation, with three chances for the public to comment.
They say the application from Langville Properties for 72 houses, provision for play facilities, car park for St Colman’s NS and a new entrance to Church Avenue, was received on May 17 2018, and permission granted on January 14.
“In the intervening period there were three separate opportunities for members of the public to make a written submission or observation. Each was advertised in newspapers in the area... with notices on the site. Two submissions were received during the initial consultation period, no further submissions were received during subsequent consultation periods.”
They note that the application also needed a material contravention and that this was discussed and approved by councillors at the November council meeting.
“All relevant documents relating to this planning application and a full record of these proceedings are available for inspection both online and in person at the offices,” the planning office said. 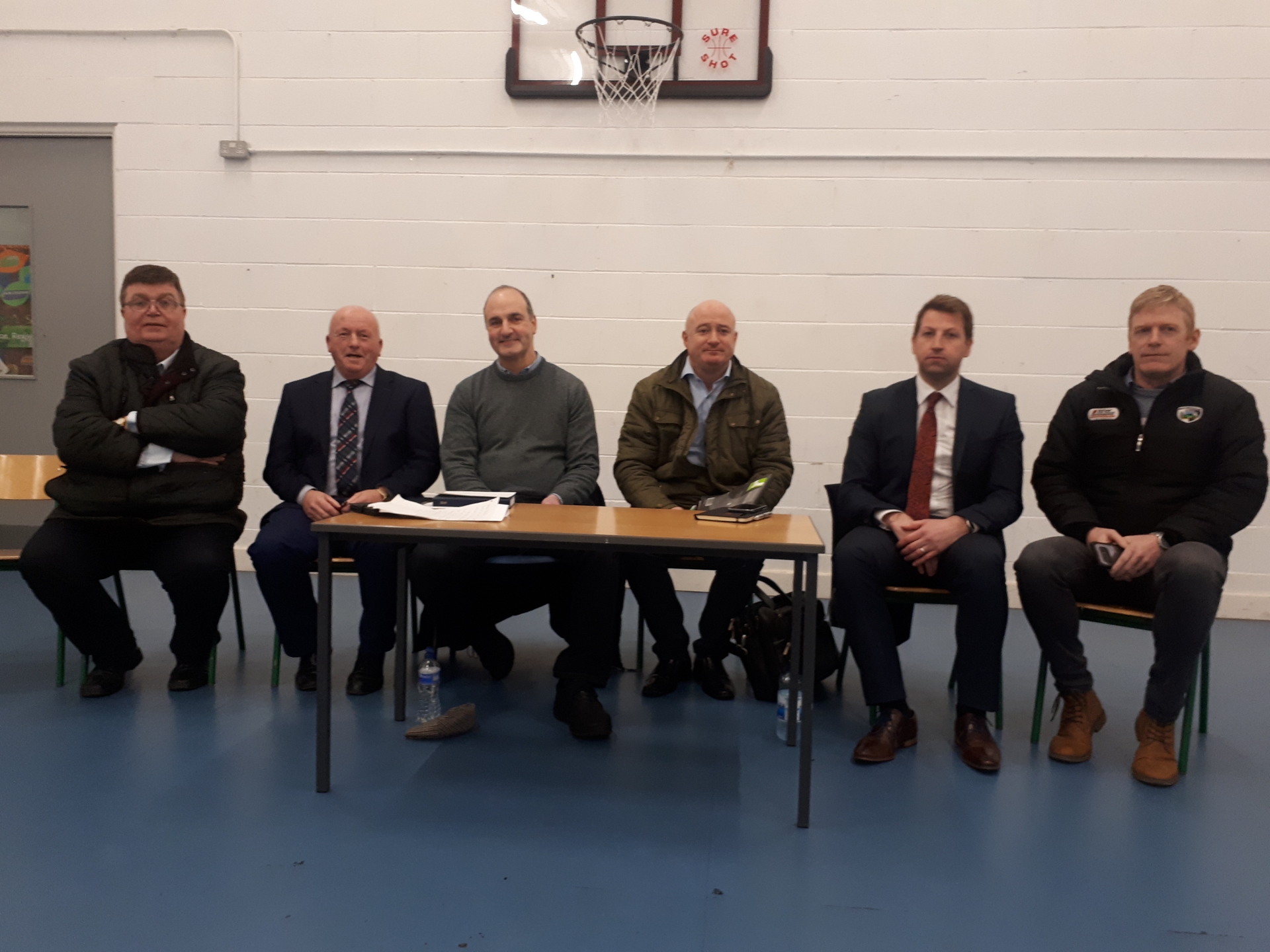