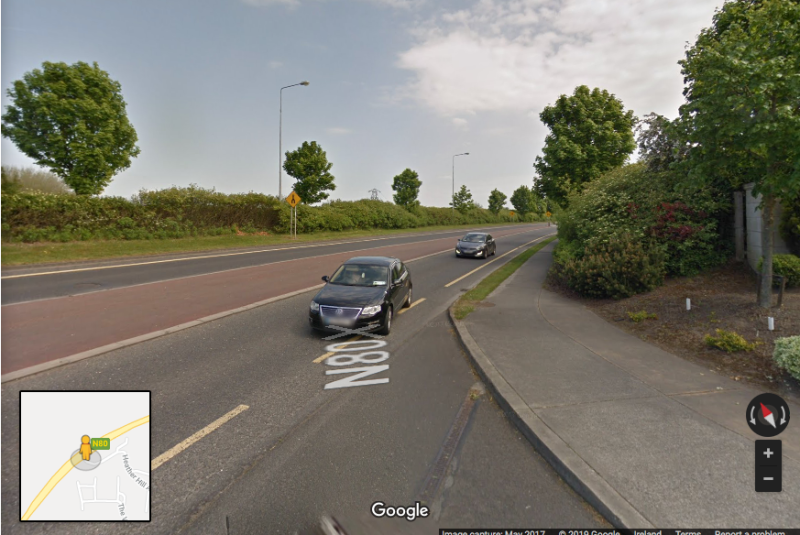 An 'urgent reduction' is needed in the 100 km speed limit approaching a Laois estate according to a Labour Party Candidate in the Gragiuecullen Portarlington Area.

Eoin Barry has called for an urgent reduction in the speed limit of 100Kmh on the N80 approaching the Heather Hill estate in Graiguecullen. He said residents are concerned that someone will be hurt as this is a busy walking area for locals and they say the speed limit is too high.

“The speed limit of 100kmh outside the Heather hill estate is far too high and is creating a dangerous situation for residents as they attempt to leave the estate.

“A number of residents have spoken to me about this issue, they have highlighted their concern that someone will be hurt, as cars travelling at the speed limit appear ‘out of nowhere’ when they attempt to leave the estate. Representations have been made in the past about this, it is not good enough that someone might be hurt before it is addressed.

“This is a large and busy estate in which hundreds of people live. Outside the estate, the walkway on the N80 is an important local amenity used by walkers and joggers at all hours of the day. It is incredible that a speed limit of 100kmh is in place so close to where the residents of Heather Hill live.

“Just a few hundred metres up the road at the Talbot Hotel the speed limit is only 60kmh. This speed limit should continue in operation until at least the roundabout for the Portlaoise road near the Derrymoyle lane.

“It is clear that the visibility for people leaving the estate is not good enough for cars to be travelling at these speeds. This issue will be a priority for me throughout the campaign and I will continue to work with residents to address this issue," he said.