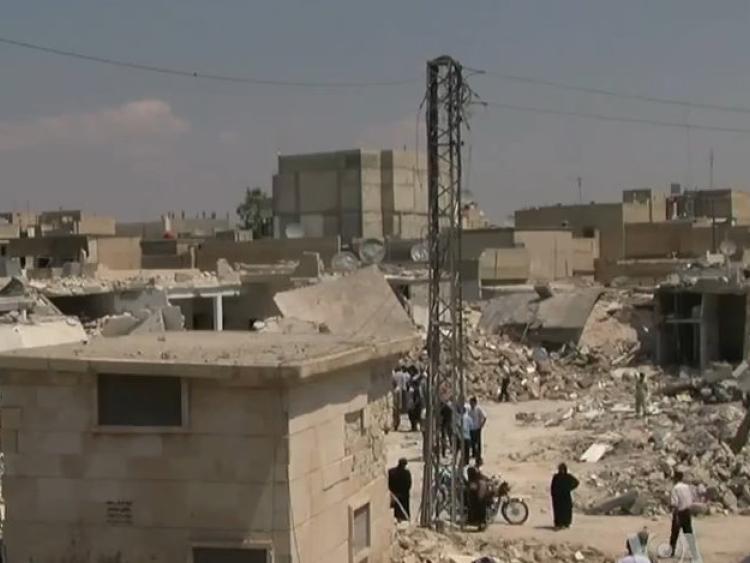 Another 22 refugee families from wartorn Syria are to be resettled in Laois, however councillors want their housing costs met by the EU.

"The allocation to Laois comprises 22 families which will require the delivery by the council of seven 2 bed units, eleven 3 bed units and four 4 bed units throughout the county. The supply of 22 homes will be part of our Rebuilding Ireland delivery targets for 2019". Mr Mulholland said in his monthly report to the February meeting.

In 2015 Laois welcomed 13 families of over 50 men, women and children who were welcomed and settled in to the community.

Mr Mulholland explained the details of the new arrivals.

“The families concerned are in difficult circumstances, leaving wartorn home and floods. They will be vetted by the Gardaí over the spring and summer. Then they will come to Ireland to an orientation centre in Waterford or Wexford, where they will be given some skills and and idea of what to expect. They will come to Laois in October,” he said.

Cllr Aidan Mullins asked who will pay for the housing.

“I support the refugee programme but is the expenditure from the council's budget or is it separate money from the EU,” he asked.

“I have no issue with us stepping up to the plate and doing our bit for people from bad situations, but I am concerned that houses are being provided from our own council stocks. We have our own people waiting, some since 2013. If we're not getting funding, why not? Every GP in Portlaoise has closed waiting lists,” she said.

Cllr Noel Tuohy said he was concerned at the phrase “our own people” but said he did not believe there was a racist bone in any councillor.

“We're not looking for our people to have special treatment, just treated the same. If you need to house refugees it should come from central funding,” he said.

"I support the refugee programme but I also support that we should look for extra funding from the department," he said.

The CEO Mr Mulholland said that the refugees have to be prioritised the same as Laois people are on the list.

He said their homes will be a mix of direct build, leasing, approved housing bodies or the HAP rental system.

Housing officer Michael Rainey said that funding of €250k is provided to help the families settle in, for interpreters and support workers.

“If we do as good a job as last time, when people volunteered to help, it will be very good,” said Cllr Willie Aird.