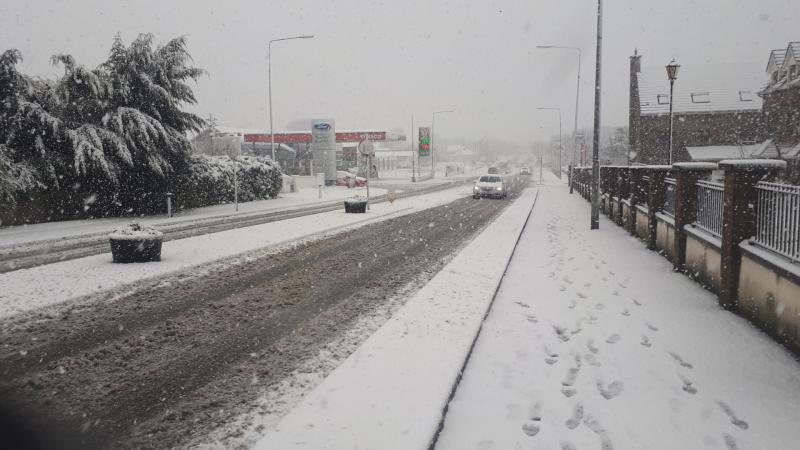 There are reports of multiple car crashes in Laois and gardaí have urged drivers to avoid the M7 and M8 motorways in Laois, Kildare and Tipperary as Storm Freya bears down.

According to AA Roadwatch, emergency services are dealing with four separate crashes on the M8 motorway between Urlingford and Rathdowney. Traffic is very slow.

Three of these incidents are on the northbound side and one is on the southbound side. Traffic is very slow approaching these junctions from both directions as a result and drivers are advised to use alternate routes. AA has advised particular care when driving on this stretch if motorway.

Separately, the M7 is no longer blocked at the Toll plaza however there are still heavy delays on from before J18 Portlaoise West.

There are long delays on the N80 eastbound between Portlaoise and Stradbally. There's a long queue into Stradbally on the N80 from the Ballintubbert side too.

It's also very heavy on the N77 northbound into Abbeyleix and further along both ways between Portlaoise and Abbeyleix.

Gardaí are advising to avoid the Abbeyleix/Crettyard Rd (R430) due to treacherous conditions with snow. The local Abbeyleix/Castlecomer Rd is impassable due to snow.

AA Roadwatch has reported that 'driving conditions are extremely poor' on the M7 and M8 motorways with snow and ice on the road. Snowfall is also effecting visibility for drivers.

"Gardaí advise road users to avoid using these stretches of road if possible.

"Gardaí are advising to avoid the Spink/Glosna Rd (R430) due to treacherous conditions with snow," according to AA Roadwatch.

On the M7 in Kildare, traffic is very slow approaching J10 Naas South from both directions.