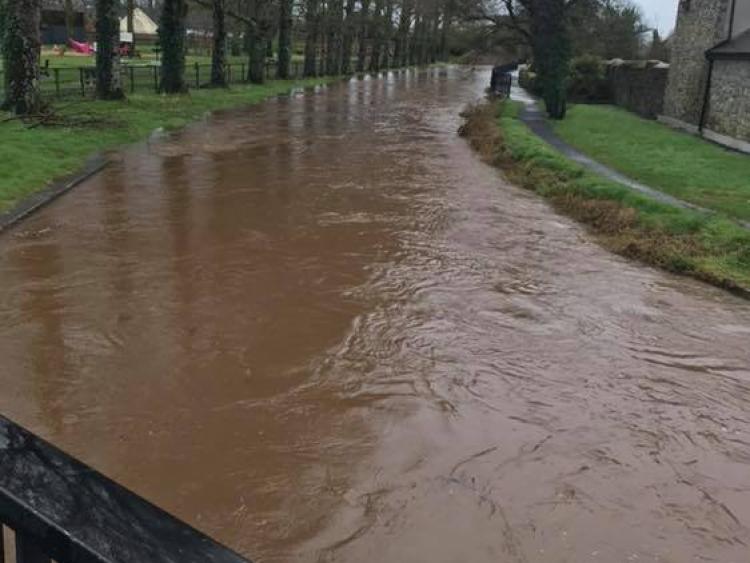 The Owenass river in Mountmellick on March 16 2019

Mountmellick in Laois was on flood watch this Saturday March 16, when overnight heavy rains caused lands to flood around the town, and the Owenass River to reach nearly flood point.

Laois County Council, Fire Service and Civil Defence members were monitoring the height of the river all day. The council opened its depot to offer sandbags to anyone concerned.

It followed calls by concerned residents in the morning after the river height began to rise.

In November 2017 Mountmellick suffered its worst flood in living memory, causing millions of euros of damage to homes and businesses, and forcing the closure of the N80 when it flooded in the town.

Read also: Your complete guide to all the St Patrick's Day Parades across Laois

"People were rightly concerned this morning, they don't easily forget the flood. But the remedial work done since the last flood seems to have taken it all today. The levels continue to be monitored tonight, but levels have dropped in the Blackwater which flows into the Owenass this evening," he said.

He noted that Laois was again not included in Met Eireann's yellow rain warning, similar to the last flood.

"It is probably hard to pin down. The rain falls in the Slieve Blooms and then comes down," he said.

Land flooded in the Borness and Manor road areas of the town, but Mr Preston said homes were not close to evacuation.

"Manor road is perfect. If we get more rain like last night there could be a risk of flood, but the forecast is more for cold and snow. We will continue to monitor levels tonight," he said.

A year ago Mountmellick was allocated €3.1m funding to build flood defences but construction is yet to start, with design plans underway. Laois County Council cleared debris and growth from river banks during the past year to increase the capacity and speed of river water. Grants were also given towards the cost of doorway flood defences for houses.

The town's St Patrick's Day festivities began today with live music in O'Connoll Square despite the rain, and will continue tomorrow with the town's parade at 2pm. Below: Music Generation Laois performers smiling in a rainy Mountmellick on Saturday. 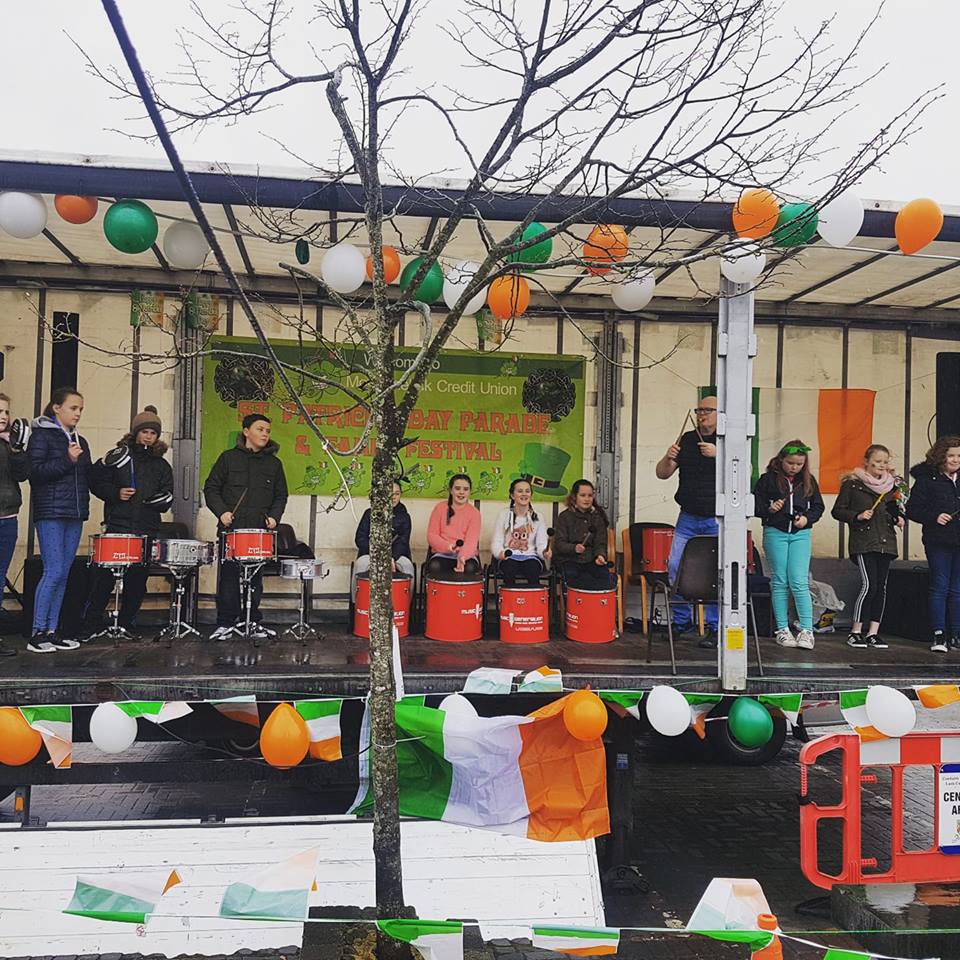