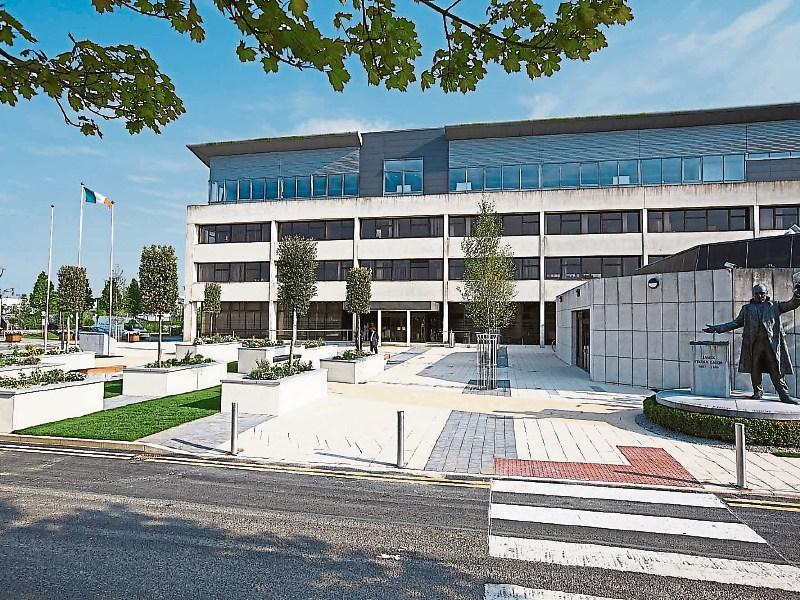 Homeless people in Laois are still having to wait for long periods in the public reception of county hall to request help, with a new housing office planned two years ago still not opened.

The number of people coming to ask for housing is “frightening” a Laois councillor has said.

Laois people often with small children, must present in person at the counter at county hall and then wait in the public area to meet housing staff.

Cllr Mary Sweeney has said the public nature of waiting in reception was “adding to the pain” of people.

“We have got to keep moving on this. Last week the front hall was unbelievably packed with people.

“It is frightening to see how many people are waiting. Those circumstances do not lend themselves to housing, with two booths. It is difficult enough for some of these people without adding to their pain.

Cllr Sweeney tabled a motion to the February meeting of Laois County Council to ask for an update on when the new office  would become operational.

“I hope this moves on fairly quickly,” Cllr Sweeney said.

As the housing crisis worsened in recent years, with more people coming to reception for assistance, staff began reporting incidents of aggression and personal threats.

The council introduced a tougher policy in 2017 including possible bans, to protect staff and members of the public, with Gardaí called to county hall on occasion.

A separate housing office was designed in 2017, but it has not yet been opened. The new single storey height offices space is in the existing three storey circulation area of the motor tax office, behind county hall.

It will include private interview rooms where the public can talk to staff staff.

The reply was given as follows.

“Construction work associated with the new housing office should be complete in March. It is anticipated that the offices would become operational shortly thereafter”.