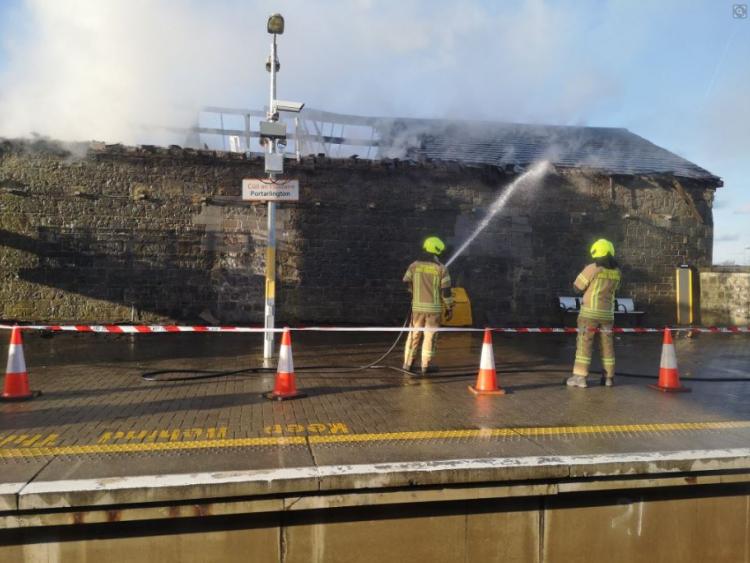 Fire crews and emergency services rushed to the scene of a fire at Portarlington train station on Tuesday afternoon.

It is understood an empty train carriage went on fire but no injuries have been reported. A picture and video tweeted out from the scene show the extent of the fire.

Irish Rail has said train services will not stop at Portarlington and there is 'minor congestion' on the train line due to the fire.

There are delays of up to 50 minutes on the Portarlington train line and passengers are being dropped to Portlaoise where a shuttle bus will bring them to Portarlington.

Services will not stop at Portarlington due to a fire in a building adjacent to the station. Emergency Services are attending. Update to follow.

That's a lot of smoke....hope everyone is OK. Our train still smells of smoke jury from stopping #portarlington pic.twitter.com/ehvLZ2DqAR