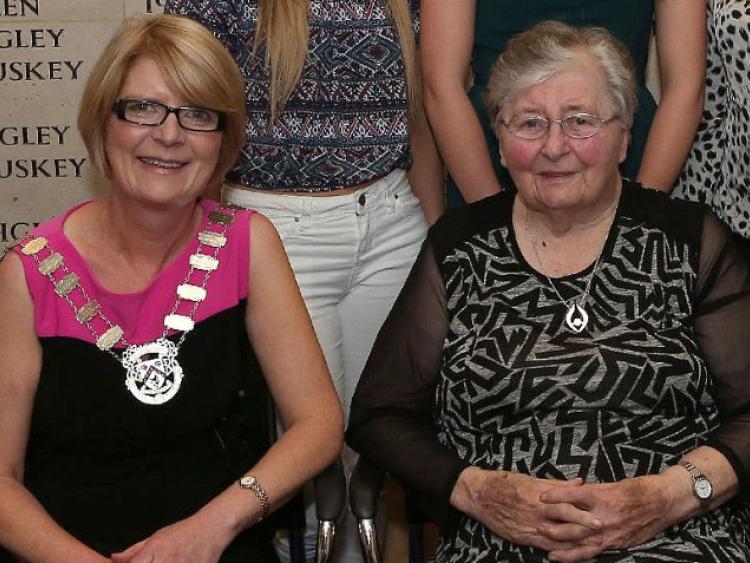 Tributes have been paid and a Portlaoise Municipal District meeting was adjourned today as a mark of respect following the death of Cllr Catherine Fitzgerald’s mother, Mrs Mary Daly.

The meeting was due to take place at 11 am on Wednesday morning. Senior Executive Officer at Laois County Council, Mr Michael Rainey said the official protocol for the death of a family member of a member of the council was a 15-minute adjournment.

As Cllr Fitzgerald is the Chairperson of the Portlaoise Municipal District, councillors decided to adjourn the meeting until Wednesday, April 3 as a mark of respect.

Councillors and council officials offered their condolences to Cllr Fitzgerald and her family.

Cllr Noel Tuohy was a neighbour of Mrs Daly growing up in Marian Avenue, Portlaoise.

“We were neighbours and of a generation and Catherine wouldn't thank me for that she would consider herself a bit younger than me.

“It was a great place to grow up and she was a lovely woman I just want to offer my condolences to Catherine and her family. It is a sad day. One thing you don’t want to hear when your mother dies is ‘wasn't she a great age’. Your mother is your mother you get one of them and I always think you will still miss her like you miss your mother,” he said.

“I would also like to offer my condolences to Catherine and her family on the death of her mother. I wouldn’t have known her mother terribly well but I had the occasion of chatting to her that time when Catherine became Cathaoirleach of the county council and she was in at the reception here inside and she was very very proud of her and indeed of her whole family and very well known and well liked amongst those that went to the bingo as well,” she said.

“Mary Daly was what I would call a formidable lady. She was a nurse here in Portlaoise in the psychiatric hospital. She was a great character I remember her well the first time I contested my very first election in 1999 I happened to meet her where she used to sit at the time on the stone steps inside in O’Moore Park and she gave me a clear warning that I wasn’t to interfere with Catherine’s potential opportunities in the council and we had a bit of a slagging, she was a very good character and I think she is going to be a serious loss to that family she is much loved by her children and her grandchildren, may she rest in peace,” she said.

“I want to offer my sympathy to councillor Catherine Fitzgerald on the death of her mother Mary Daly. I didn't know her that well but anytime I met her I always thought she was a lady and sincere sympathies to all of Catherine’s family and all up in Marian Avenue where she came from it is a great loss to Catherine and her family,” he said.

“Sincere sympathies, we are going to be thinking of Catherine a lot over the next few days it is a very difficult time for her on the death of her mother Mary Daly. Since I have been co-opted onto the council since last year Catherine has been extreme support to me and I will be thinking of her family at this difficult time.

“There’s a few staff I know that work in Bellard Nursing Home where Mary lived out her Autumn or Winter years you might say and I know that the staff are friends of my daughters and they always said that Catherine Fitzgerald's mother was a breath of fresh air they really enjoyed having her and I think the care and the support she got from there must have been fabulous, I am thinking of her at this time,” she said.

“We offer our condolences to Catherine and her family at this time we are keeping her in our thoughts,” he said.

“We have gotten to know Catherine over the last few years and she was very close to her mother so this is obviously a very difficult time for her,” he said.

A prayer and minute's silence was held at the council chamber. 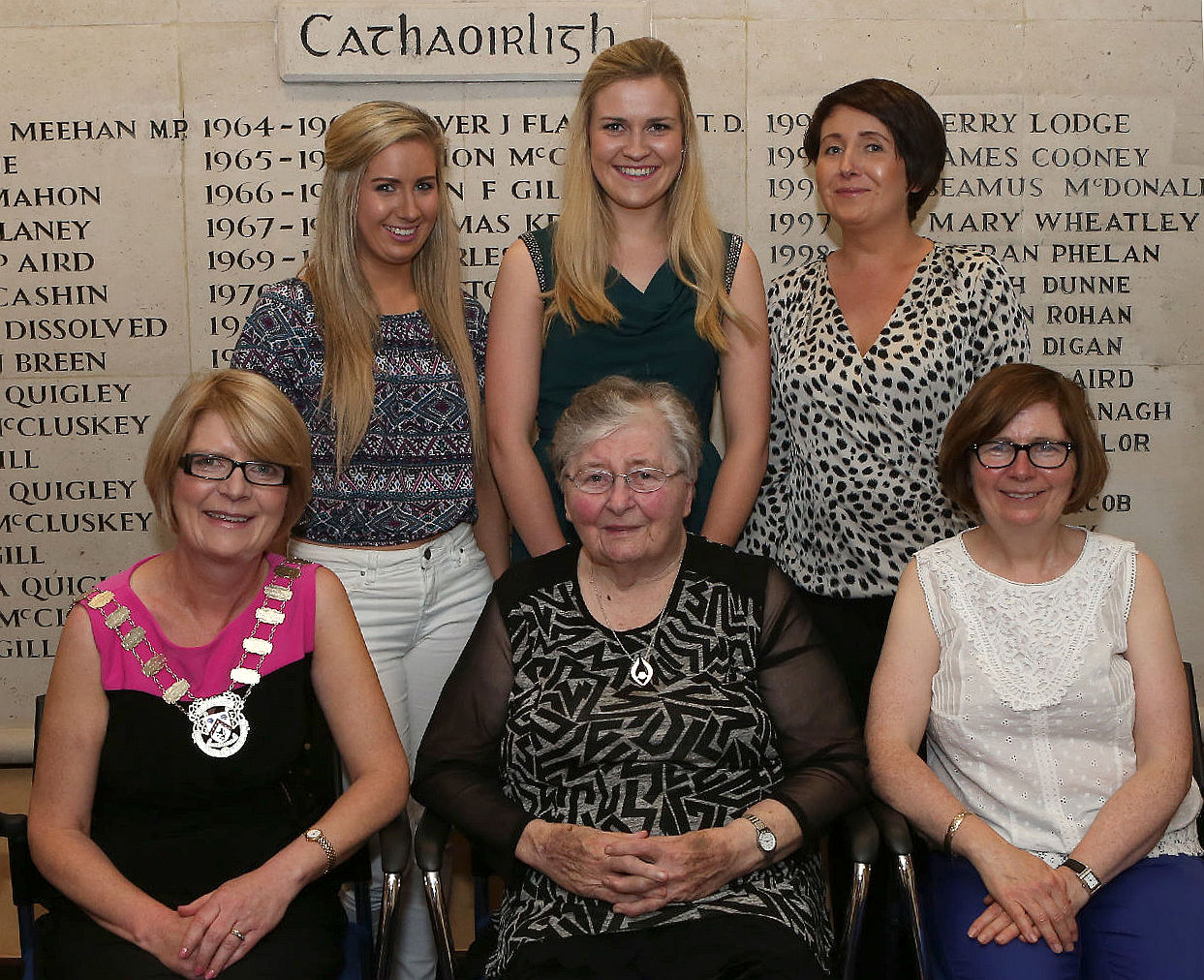 Mrs Daly died in her 92nd year, surrounded by her family at The Regional Hospital, Portlaoise. Wife of the late Tom and mother of the late Maureen, she is survived by her family Kieran (Liverpool), Catherine Fitzgerald, Anne Price (Waterford) and Paula Nurney and her 16 grandchildren and 16 great-grandchildren. She is deeply regretted by her family, daughter-in-law Carol, sons-in-law Tim, Seamus and Mossey, sisters-in-law, nephews, nieces, former colleagues at St. Fintan's Hospital, relatives, great neighbours and friends.