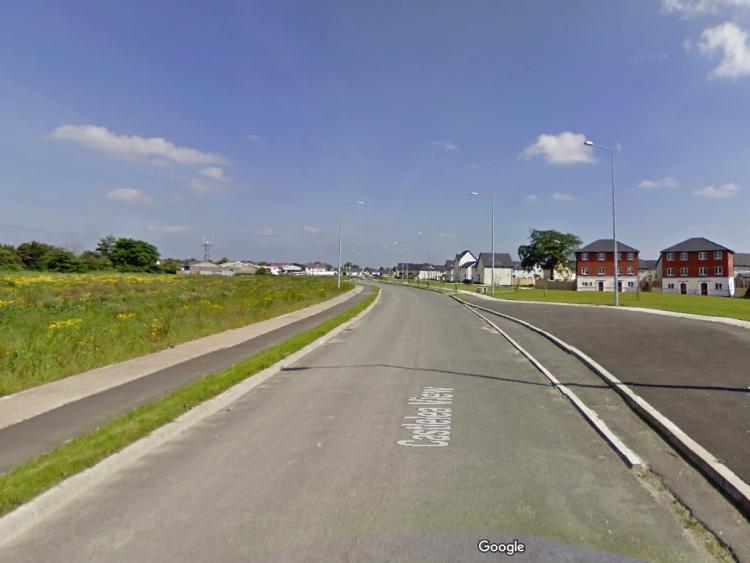 The road through Lansdowne estate in Portarlington.

A wide road through a Laois housing estate that is expected to be busy with passing traffic when it opens at both ends, must first have safety measures, Laois County Council has confirmed.

Lansdowne estate in Portarlington is an unfinished estate that stretches from the Ballymorris road to the R419 road.

The link road through it was never opened at one end and residents are concerned that when it does, passing traffic may put their children in danger.

Now Laois County Council has said that the developer must do a safety audit and have safety measures built before the road can open.

"The road safety audit will give recommendations," engineer Darren Coss stated at the March meeting of the Portarlington Graiguecullen Municipal District.

Cllr Aidan Mullins asked him at the meeting if the council could insist on safety measures.

"The developer has to carry out this road safety audit, but if that doesn't recommend anything further, the council can insist?" he asked.

Cllr Aidan Mullins had tabled a motion asking for an update on the taking in charge of Lansdowne estate.

The reply was that the estate was never completed and that planning permission is still live.

"A CCTV of the completed element has been submitted. There is no application from the developer to take the estate in charge and there is no As Constructed drawing submitted," the reply from planner Pat Delaney stated.

Cllr Mullins asked if the estate can be taken in charge in stages as it is completed.

"The residents have a petition to get it taken in charge. Do they have to wait until the next 60 houses are built?" he asked.

The engineer said he would come back to Cllr Mullins with clarification.

The Town Manager for the district Gerry Murphy then said that the link road through the estate will give access to the new development when it is opened.

However Cllr Mullins replied that residents are "up in arms" over opening the road.

"They want the developer to put up safety measures like fences and a ramp," he said.

"Lansdowne is a lovely little estate, now there is planning application in for phase 3. I don't see why they can't take in charge in phases. the developer shouldn't get permission to do phase 3 until 1 is complete. That road is still in the ownership of Kingscroft. It has to be taken in charge as well. The road has to go through road design for approval. You can't have children playing football beside an open road. there are 200 houses and a play area wide open there," he said.

It was confirmed at the meeting that the developer can open up the link road while he still owns it and it is not taken in charge by Laois County Council, once safety measures are in place.