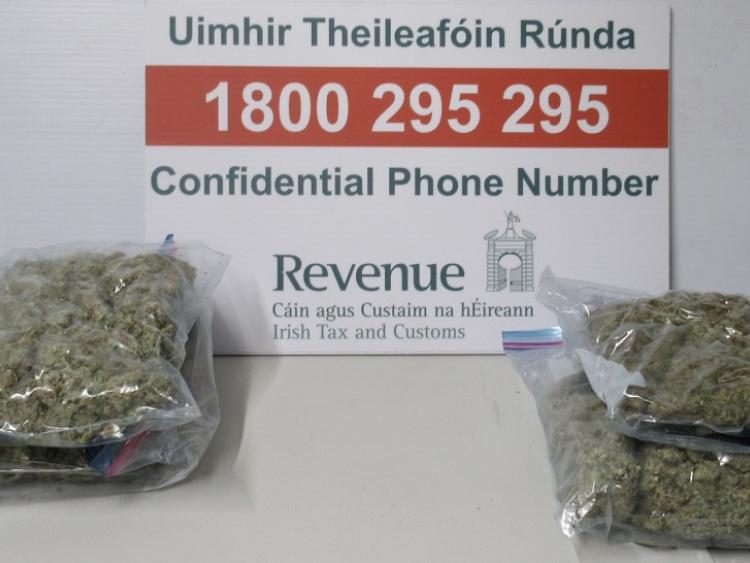 The illegal drugs, with an estimated street value of €15,000, were discovered concealed in a parcel from the USA which was destined for an address in Dublin. The parcel was labelled as an ‘Ornament’.

Separately yesterday, March 21, Revenue officers in Portlaoise Mail Centre seized 8.95kgs of Khat with an estimated street value of €4,475. The Khat was discovered in a parcel labelled as ‘Spices’ that originated in Kenya and was destined for an address in Dublin.

Khat is a stimulant 'upper' with similar effects to amphetamine.

On Friday, Revenue officers at the Dublin Mail Centre seized 1kg of herbal cannabis with an estimated street value of €20,000.

The cannabis discovered with the assistance of Revenue detector dog Robbie, concealed a parcel which originated in Canada and was destined for an address in Northern Ireland.

These seizures are part of Revenue's ongoing operations targeting drug importations. If businesses or members of the public have any information regarding drug smuggling, they can contact Revenue in confidence on Confidential Phone Number 1800 295 295.