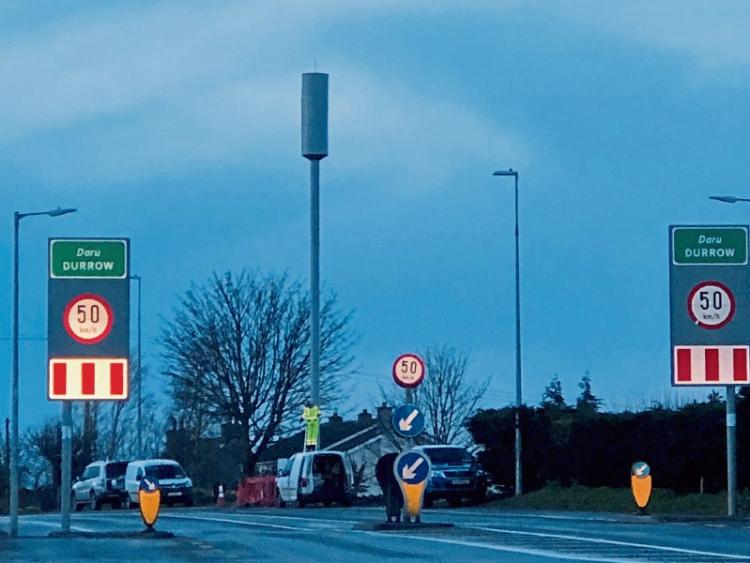 Mast in Durrow to be removed after consultation

The public should be consulted on new telecoms masts according to Laois County Councils' chief executive.

The company Cignal is erecting 10 masts in Laois , to provide signal to phone and broadband service.

The 15 metre masts can been erected without public notice or planning permission because they are classed as infrastructure on a public road. Licences are required from a local authority.

A mast that went up in Durrow is now to be moved following meetings between Cignal CEO Colin Cunningham and Durrow Development Forum.

The company has also met local people in Mountmellick who are also concerned at the location of the mast that appeared there on Bank Holiday Monday, March 18.

“These transmitter masts are exempt from planning permission but it makes sense if the local community are going to be the customers, that consultation is a good idea,” he said.

He did say the design was improving.

“The design is far better than the previous generation. The development of technology for 4G and 5G is coming on rapidly,” Mr Mulholland said.

He said there was a choice to be made between masts or underground fibre.

“There is a dilemma, whether to place masts for wireless transmission, or place fibre in the ground. The department of communications is considering the pros and cons, and value for money.

“Eir continue to roll out fibre. We are obliged to prepare a local digital strategy, and see how local communities can access broadband,” the council CEO said.

A number of Laois councillors also urged public consultation by Cignal. While most of the councillors agreed that broadband services in rural areas in Laois were not adequate.

Cllr John Joe Fennelly said it was a big concern for residents.

“I’ve been canvassing in Shanahoe and Raheen and its the biggest discussion on the door. They are missing areas of 500 and 600 metres. In one area three people are trying to work from home to stop travelling to work in Dublin daily. Why do they come so far on one road and another and leave people in the middle,” he said.

Cllr Caroline Dwane Stanley agreed that broadband in rural areas was an issue but said a mast that went up in Portlaoise had residents worried.

“There is a big fear, people raised concerns about health issues. Maybe they have nothing to worry about, but to get up one morning and see this big yoke outside your house, out of respect, Cignal should be coming in and informing us. We need to be able to tell people relevant information. I propose the company come in and talk to us,” she said.

The Cathaoirleach Cllr John King seconded. “There is a clear message the company should come before us and do a presentation. There are bad feelings in towns over this,” he said.