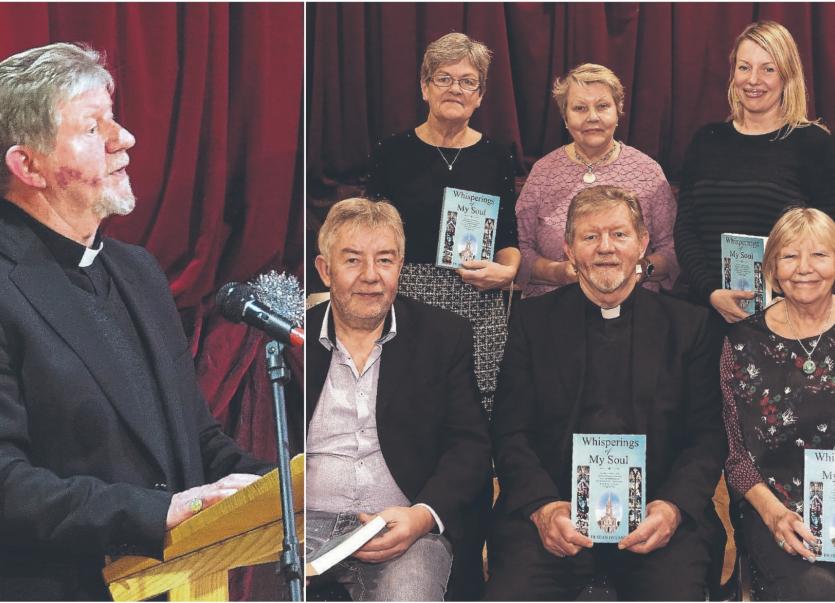 Laois priest Fr Sean Hyland from Portarlington will share his extraordinary story on the RTÉ Late Late Show this month after his appearance was rescheduled in March.

Fr Sean released his book Whisperings of My Soul last December and he told the Leinster Express he has been scheduled to talk about his amazing life story on the Late Late Show on Good Friday, April 19.

A fitting time for Fr Sean to tell his story but also one of the busiest weeks on a priest's calendar during Holy Week. Fr Sean said he was concerned he might not be able to make it due to demands in his own parishes of Clonbullogue and Rhode.

However, he said he has received great support from two priests who are mentioned in the book who are going to help cover the masses he will be missing and he really feels like this was meant to be.

He said there will be another man on the show with him and they will be discussing the theme of faith in adversity.

Fr Sean will get to celebrate mass up in Donnybrook, Dublin near the RTÉ studio.

In his book, Fr Sean explains and explores the explicit consolation, dreams and visions he received of his late wife Liz and his two young kids.

Before becoming a priest, tragedy struck Fr Sean and his wife, Liz, early in their marriage with the deaths of their two young children Seana and Kieran.

Fr Hyland explained why he wrote the book.

Fr Sean said he received help through many consolations of faith which let him know that his wife and children are close by and watching over him. In thanksgiving, he entered a seminary in Rome and has devoted the remainder of his life to God as a Catholic priest.