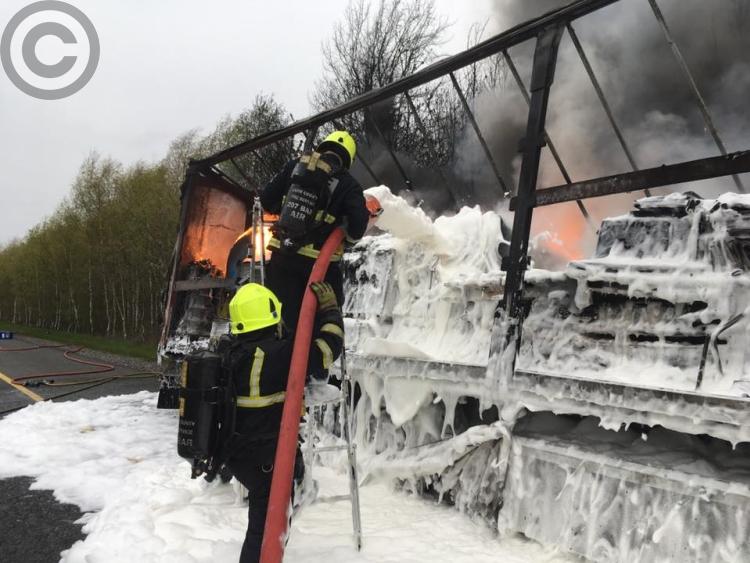 Garda have warned of long delays due to a truck fire in Laois on the M7 Cork Dublin Limerick motorway.

Gardaí expect diversions to be in place on the motorway in the Dublin direction until 10 pm on Saturday, April 13 to facilitate a cleanup operation.

Delays built up quickly around 7pam when an articulated lorry burst into flames on the motorway near the Ballybrittas turnoff.

A number of units from the County Laois Fire and Rescue Service were soon on the scene but the vehicle had already been enveloped in flames.

The M7 is closed northbound between J14 and J15 due to a truck on fire. Diversions in place for at least two hours. Expect delays