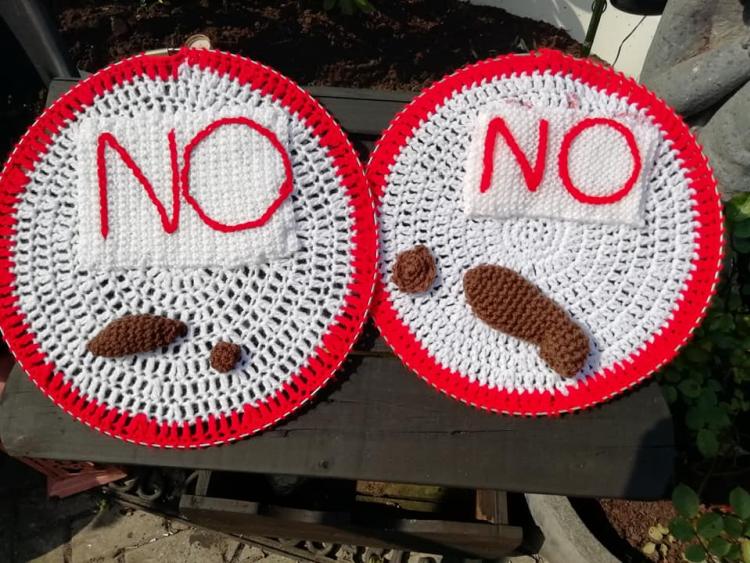 Yes this is dog poo made from wool, all to launch Mountmellick's Anti-Dog Fouling campaign.

A Laois Tidy Towns group has found an unusual way to get the message out to dog owners to pick up their waste. 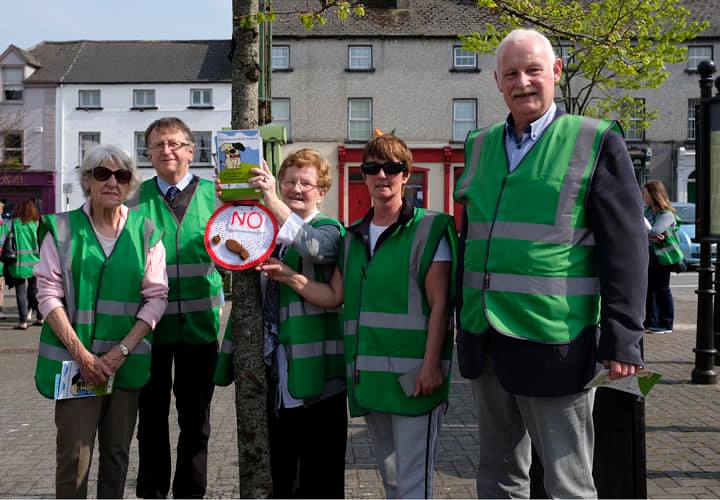 On Easter Monday April 22 a big crowd of dog owners gathered in O'Connell Square and took a walk around the town to launch Anti-Dog Fouling Campaign.

"We would like to thank everyone who turned out today to support the Anti-Dog Fouling Campaign, Siobhan Duff of Laois County Council who launched the campaign for us, Nora Grant of Yarnbombing Mountmellick who made the signs for us and to the dogs who were very well behaved," said Tidy Towns member Bobby Delaney who with Kitty Creighton spearheaded the campaign.

Ms Creighton said that dog litter is a big problem in the town, particularly on paths away from the main street where dog owners are less likely to be seen when they don't pick up.

"So many people were complaining and blaming the dogs, but we don't blame the dogs we blame the owners. An elderly woman slipped on dog waste last year and was hospitalised because she broke her wrist. It is also a problem for people with buggies, for wheelchair users, and for anyone walking on the path. They bring it into shops, into the church, into their cars and homes. People are also complaining that dogs are being let out to poo in estates," she said.

The campaign reminds the public that allowing a dog to foul is an offence under the litter act and liable to fines.

"Please be aware and think of the health of other people," said Ms Creighton. 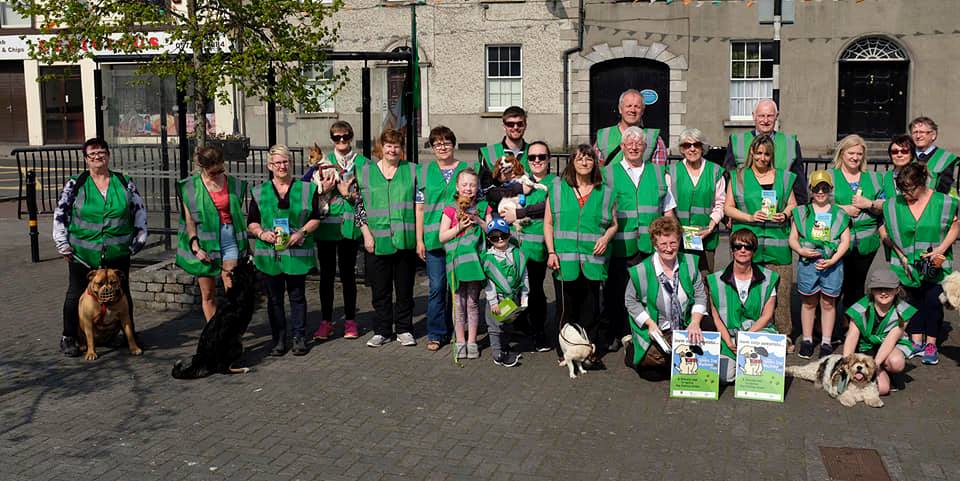 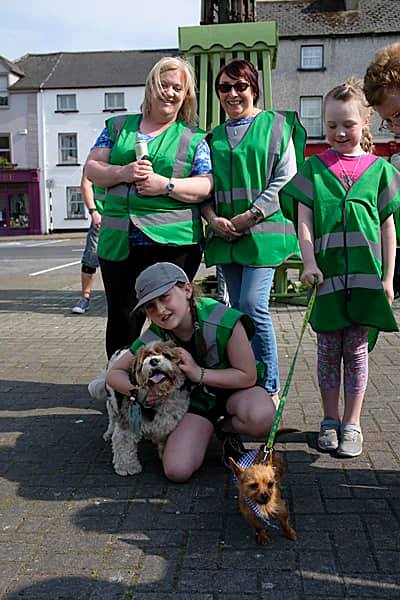 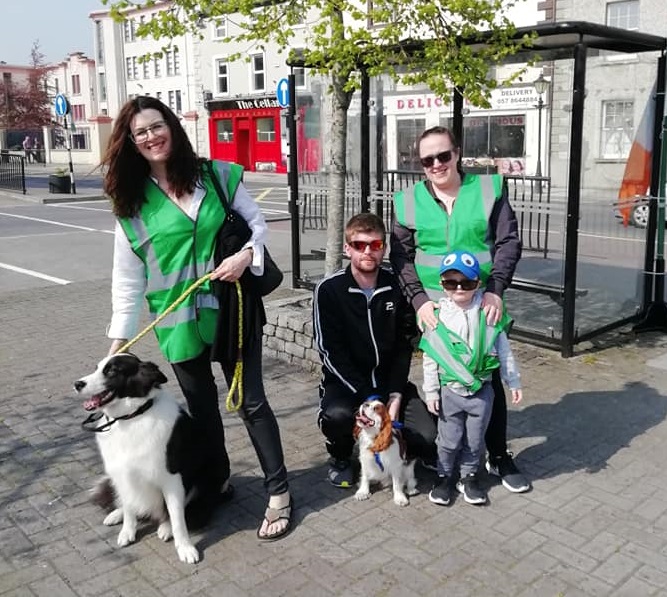 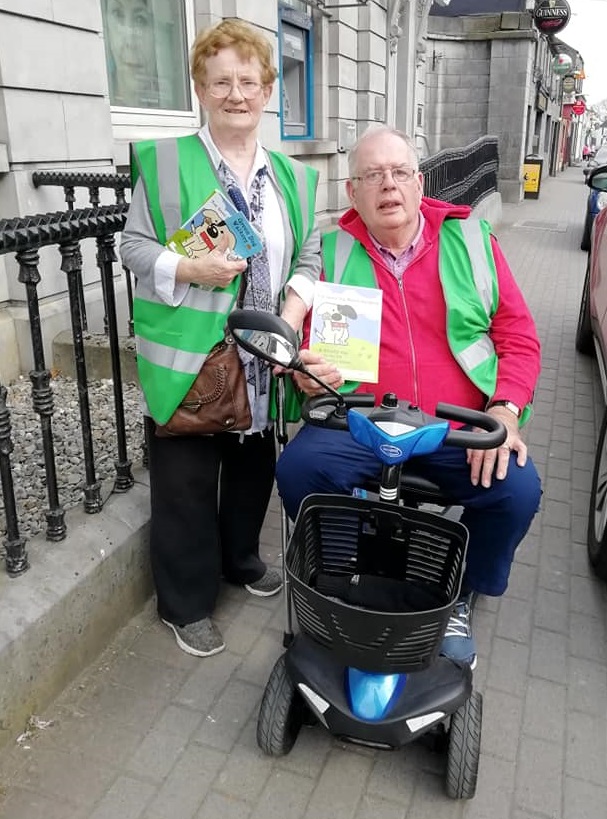 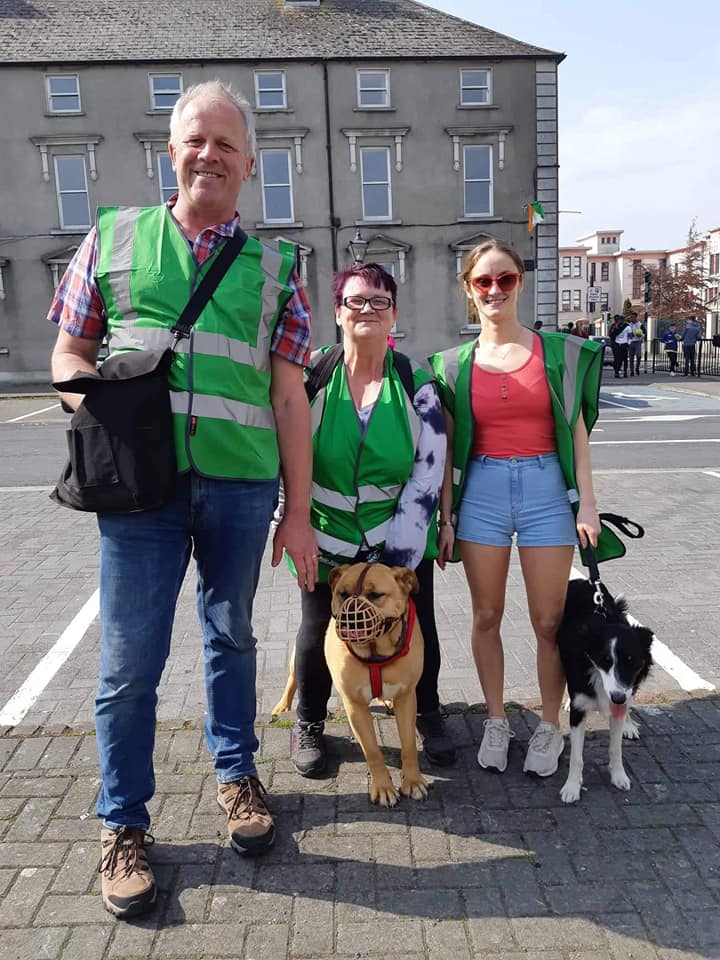