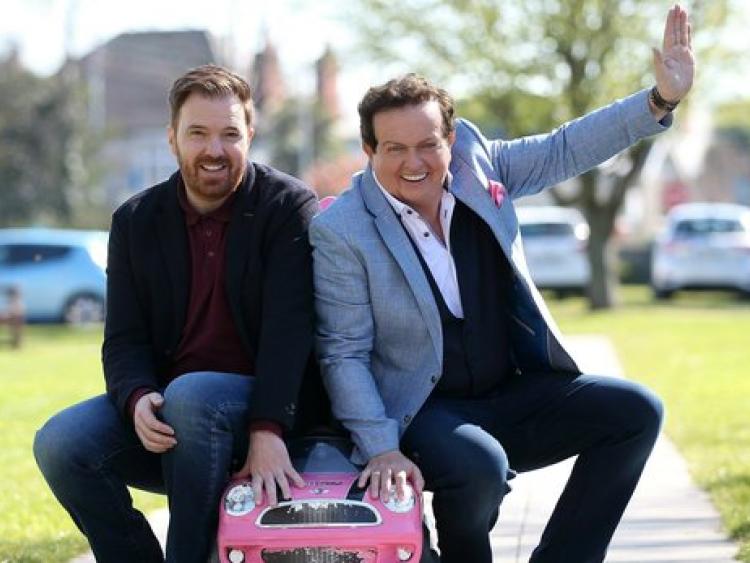 Laois comedian Bernard O'Shea has seen the popular Breakfast Republic axed by RTÉ despite the 2fm show being the most listened to breakfast show among young people.

O'Shea and his co-hosts Jennifer Zamparelli and Keith Walsh have lost the popular morning slot in a 2FM schedule shake-up. As Bernard departs, Keith Walsh is remaining at 2FM moving to weekends while Lottie Ryan, who has been filling the seat vacated by Jennifer Zamparelli on the show will return to her role as an entertainment reporter.

Bernard took to social media to share his reaction.

The Durrow native has featured in Bridget & Eamon with Jennifer Zamparelli and recently filmed a series with fellow Dancing with the Stars celeb Marty Morrissey. Moving away from radio, he is set to focus on his television career.

Breakfast Republic continued to increase its listenership, now with 188,000, an increase of 1,000. It holds its number one spot for most listened to programme in the country for age 15-34.

Eoghan McDermott and Doireann Garrihy will take over the breakfast slot with a new show that will try to appeal to young listeners.

Another big change in the shake-up sees the return of DJ Jenny Greene after her departure from the station in March after 12 years.

She co-presented the Nicky Byrne Show on the RTÉ station for five years and also presented the hugely popular Electric Disco on Saturday evenings and performed with the RTE Concert Orchestra.

Following Byrne's departure to return to Westlife, Jennifer Zamparelli was given her own show and Greene was offered an evening show, which she turned down.

Jenny will return to the daytime schedule from June with a show kicking off from 3 pm on weekdays.

“We’ve had a great five years on RTÉ 2FM, but times are changing and we’re getting ready to change again. It’s exciting times for 2FM as we head into a new schedule this summer. We’ve some really great plans in place as we continue to celebrate and support the music that we have always championed here on 2FM," he said.