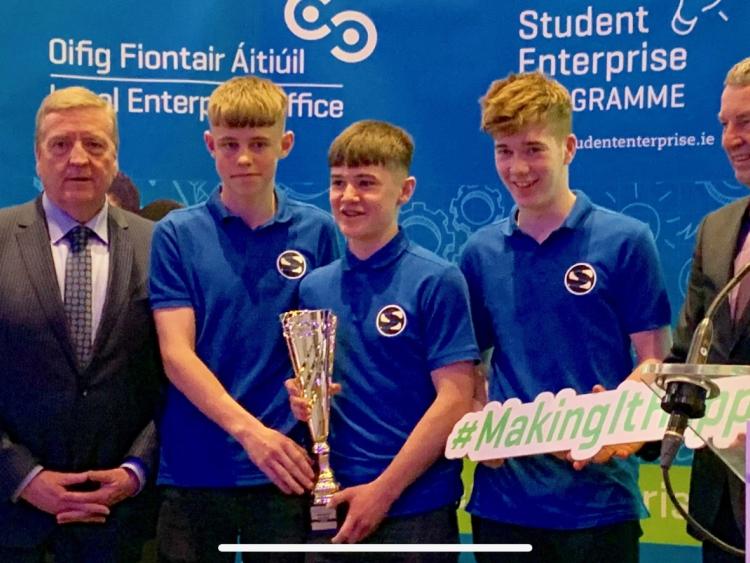 A team of three talented young Laois entrepreneurs have done the county proud by coming second at the National Final of the Student Enterprise Awards.

The awards were held in Croke Park today and there are huge celebrations as the three St Mary's CBS students Simon Fingleton, Noah Fingleton and Marc Ramsbottom came second in Ireland for their business HurlStandz.

For their mini company project, they designed and hand made wall-mounted metal holders for hurls and helmets.

They made the metal holders in Marc's family's garage, retailing at €15 for a twin hurl holder and €20 for three hurls. They have sold 132, and with word spreading by social media, customers are from as far as Cork and Wexford.

They are senior winners in the Laois LEO Student Enterprise Awards 2019 and now they have been awarded second in Ireland for their smart business idea that mammies everywhere will thank them for.

Teacher Emma Lynch has congratulated the students on Twitter saying this is a huge achievement and the first time Laois won an award at the National Enterprise Final.