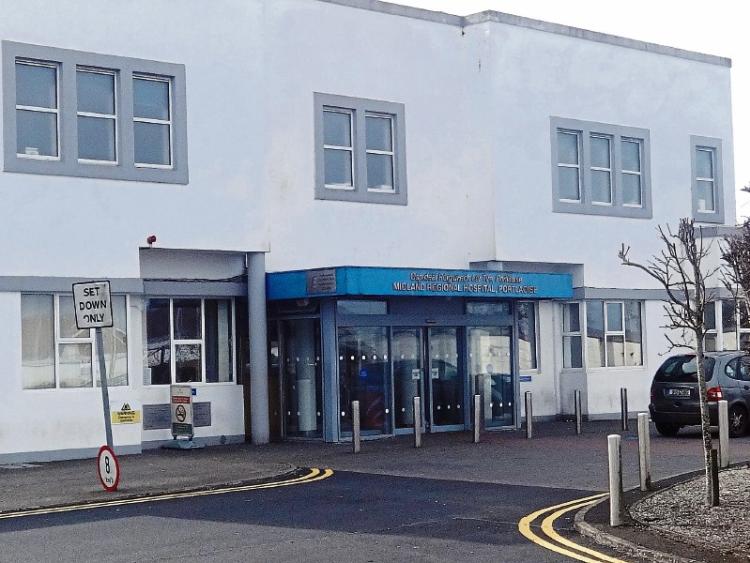 Births at the maternity unit in Portlaoise hospital dropped for the first time in two years, according to offical figures from the HSE.

Data provided to Laois TD Sean Fleming shows that the unit at the Midands Regional Hospital Portlaoise is now the fourth smallest unit in the country.

There were 1,416 births in the Laois hospital, according to the figures compiled by Dr Peter McKenna who is the Clinical Director of the National Women and Infants Programme.

Portlaoise is just one of two maternity units in the Dublin Midlands Hospital Group. A total of 8,330 babies were born at the Coombe Women and Infants University Hospital last year, which was up 130 on the previous year.

Maternity units at Sligo, Kerry and Clonmel hospitals had fewer deliveries than Portlaoise in the category of 12 hospitals, with less than 2,000 births annually.

Deputy Fleming called on the Government to reject the plan that is with the Minister for Health, Simon Harris that proposes the closure of the maternity and other units in the Laois hospital.

“The fact that this report is still sitting on the Minister’s desk for so long is undermining and damaging the reputation of the hospital.

“Each of these twelve maternity units have a vital role to play in terms of delivering health care and maternity services throughout the country.

“The maternity hospitals in all the major cities are under severe pressure and it is essential that there be a network of maternity units outside out of the cities. It makes no sense whatever to have a proposal on the Minister’s desk to close one of these maternity units.

“We need a proper plan to support the twelve Maternity Units that are operating effectively in the regions so that all expectant mothers outside the cities have access to services, without having to travel to the major cities.

“A first step would be to confirm that the Maternity Unit in Portlaoise will remain open and the threat to its continued existence is now over,” concluded the Fianna Fáil TD.