'Nothing' in this Laois town for asylum seekers sent there 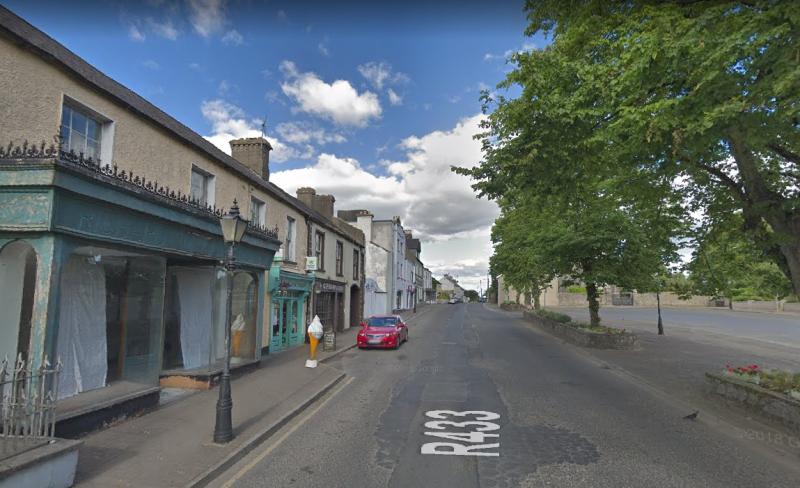 Rathdowney in Laois, where asylum seekers are being temporarily accommodated .

Laois councillors are urging the owner of emergency accommodation for asylum seekers in a small Laois town to consult with local people.

A guesthouse in Rathdowney is understood to have recently begun operating as emergency accommodation for asylum seekers waiting to get into an Irish Direct Provision centre.

Cllr Brendan Phelan says there is not enough facilities in the town.
“There’s nothing in Rathdowney for them. There will be young fellas walking up and down the street, wondering where have they been landed,” he said.
“People must be helped but you must consult with locals. They don’t want people pushed in. It’s all speculation about how many people will end up in that small premises,” he said at the April meeting of Laois County Council.

“In Abbeyleix local people were consulted and they went out of their way to make them welcome. We are just looking for information. The Department of Justice provided none, he said he had no function,” Cllr Phelan said.

The Cathaoirleach Cllr John King said that local schools have enquired about possible new pupils but were told there would be none.
He said the centre in Rathdowney was “an overflow for Abbeyleix, the owner owns the Abbeyleix centre”.

The council announced at the meeting that the Cluid housing agency has agreed to be strategic partners with Laois County Council to provide housing for Syrian refugees arriving to Laois in the autumn. Laois is allocated 110 Syrian war refugees by the Department of Justice. Read more on that story here.

Cllr Phelan asked the council for clarification on the asylum seekers coming to Rathdowney.
He was told that was separate to the Syrian resettlement programme, which is part of the Irish Refugee Protection Programme.

Cllr Tom Mulhall who lives close to the Direct Provision Centre in the former Montague Hotel, said they “don’t interfere with neighbours”.
“They came to the Montague in 2007, there was no consultation with locals, only afterwards. I will say the people in the Montague, stay in the Montague. They are not infringing on the community,” he said.

Cllr Pauline Madigan said she was “appalled” at his words.
“You’re making it sound like they’re doing ok. The mental health of most of those people is disgraceful. I know one woman, a qualified doctor, now she sits there like she is in a mental institution. They should be part of the community, they have come from wartorn places,” she said.

“And that is a place that is supposed to have supports,” added Cllr Phelan.