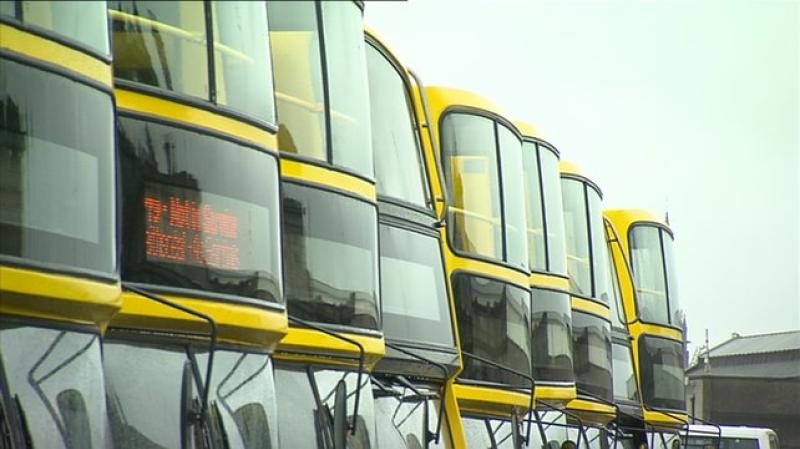 A plan to develop a public bus service in Portlaoise could be used to alleviate heavy school traffic in the town.

It is understood plans have been prepared outlining two bus routes in the town. This would be a hop on hop off service similar to Dublin Bus.

The National Transport Authority is the public transport licensing agency for Ireland and is understood to be coming before the council with a plan for the service later this year, around October.

Traffic and transport management are being carefully considered before going ahead with a new school building for Dunamase College in Portlaoise.

The Department of Education has said it will ‘work closely’ with Laois Offaly ETB and Laois County Council to assess a new site for Dunamase College including traffic and transportation management.

The secondary school is currently located at Railway Street, in interim accommodation in Portlaoise town centre.

A site for the new school building is at ‘a very advanced stage’ according to a letter from the office of Education Minister Joe McHugh. It is understood the site is in the Summerhill area near the Holy Family campus and the Gaelscoil campus.

The letter from the office of the Education Minister Joe McHugh was read by Cllr Caroline Dwane Stanley at a Portlaoise Municipal District meeting on Wednesday.

“I can confirm a potential permanent site option for Dunamase College has been identified and negotiations with the landowner are at a very advanced stage.

“As part of our standard general procedures, a technical site assessment is undertaken and this would include the full range of factors which might affect the deliverability and feasibility of the site in question.

“The assessment would include traffic and transportation management and it is intended that this Department and Laois Offaly ETB will work closely with Laois County Council with a view to putting mutually satisfactory arrangements in place in this regard.”

A park and ride facility linked to the possible new public bus service could be part of a solution to easing school traffic in the town.

“I want to welcome that because it is very obvious from that letter that the site is there and it’s only a matter of dotting the i’s and crossing the t’s which has to be welcomed.

“When I raised this on previous occasions at council level and ETB I asked that some measure would be put in place for traffic calming, a traffic facility such as a park and ride system and I'm hoping that’s what they are looking at doing,” she said.

Cllr Catherine Fitzgerald said councillors are ‘getting it in the neck’ over traffic chaos at schools.

“The school is overcrowded, it can't cope with the demand that’s there, it’s great news.

“The biggest thing there is the traffic and transportation management and all of us have been canvassing we are getting it in the neck with parking and traffic management for the schools that have been built.

“Unfortunately, while other schools are fantastic facilities there are still major problems with traffic. Every councillor that knocks on a door is blamed for the traffic. We need to make sure the traffic and transport are essential in a school e to welcome the school with open arms,” she said.