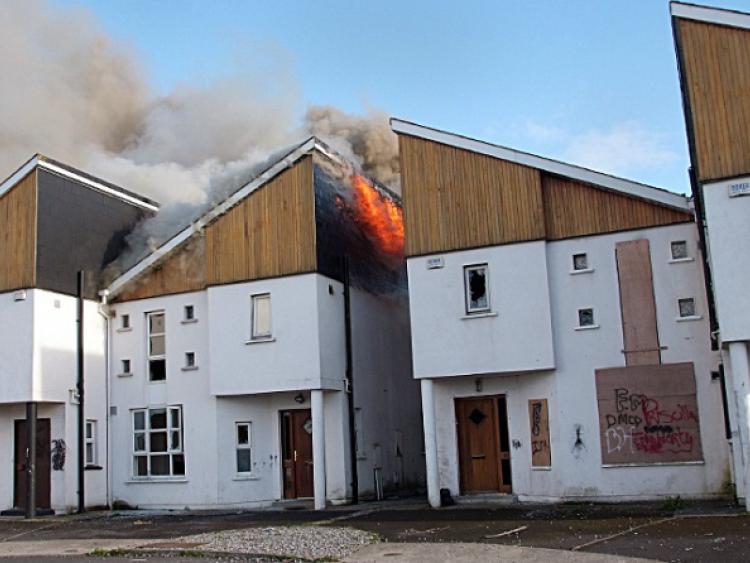 Demolition work is set to begin to clear the Celtic Tiger Hepburn Court site at the Ballyfin Road, Portlaoise in the coming weeks making way for 50 new housing units.

A contractor has been appointed to carry out the demolition according to the Acting Director of Services in Laois County Council, Michael Rainey.

"The demolition works will happen in the next few weeks that will clear all the Hepburn court six houses to the right-hand side, the squash court, all that.

"Cluid housing association will be bringing forward a design for 50 units on that site, it will be rapid build so we should see completed units by the middle of next year on that site, not the full site but the start of it coming through with the whole site finished out by next year.

"That design element will be coming before the Portlaoise [Municipal District] members initially as we did with the Abbeyleix Road we will consult with the Portlaoise members before it goes on display so you have a chance to have your input but it will be one of the major urban regeneration projects in this town and the social impact it will have not just on Mountain View, not just on Hill View but on the private accommodation across the road which has suffered from the level of dereliction that is there.

"We are now at a point where we are going to see real product on the ground," he said.

The houses were first boarded up in 2013 and it has almost six years to reach demolition.

In August 2018 Compulsory Purchase Orders were approved by An Bord Pleanála to Laois County Council, for the forced purchase of the last three houses in Hepburn Court estate.