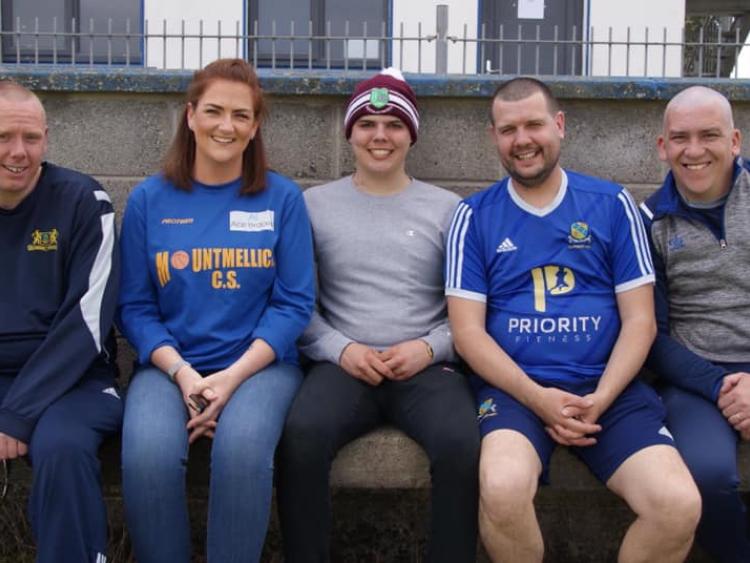 Four sports clubs in Laois united to host a massive fundraiser for a teenage boy and combined with the proceeds to an online fundraiser almost €25,000 has been raised.

#TeamofDillon is a fundraising campaign for Dillon Payne, from Mountmellick who is undergoing cancer treatment for Hodgkin's lymphoma.

Separately, an online fundraiser has almost reached another €11,000 bringing the total to just under €25,000. 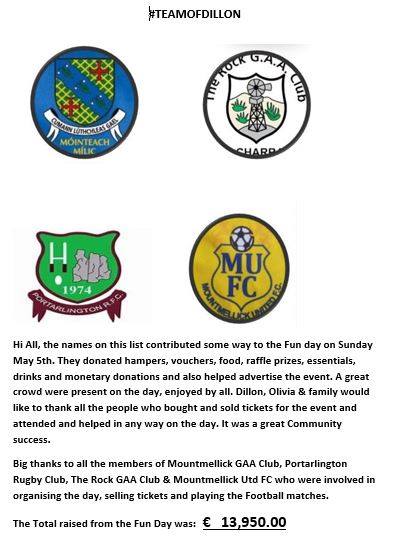 A presentation will be made on behalf of the four sports clubs to Dillon and his family in the coming weeks.

An ongoing online fundraiser has received donations from communions, creche fundraisers and sponsorship for a head shave to name a few. This reached €10,000 in under two weeks as the community has shown an outpouring of support for the well-known teenager.

The head shaving night will take place on Wednesday, May 29 at Moloney's bar in Mountmellick from 7 pm.

Dillon is a Junior Cert student at Mountmellick Community School, is a talented player in the rugby, soccer and GAA clubs.