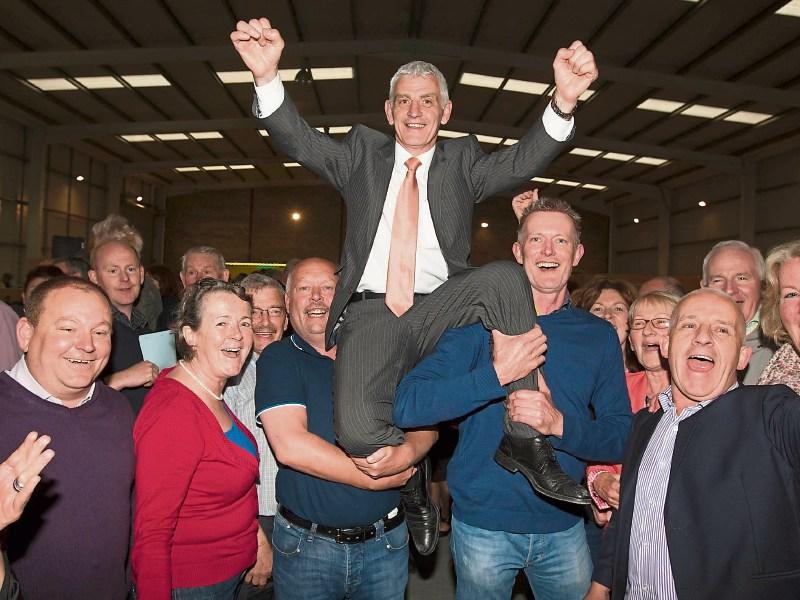 Borris-in-Ossory Mountmellick electoral area is the largest in the county, encompassing an area from Kyle South to Cappalough in the very north. It's a huge swathe of rural hinterland, dotted with towns and villages and the one big urban centre of Mountmellick.

The electoral area is arguably way too big, something which can be quite apparent at local area meetings. When it comes to elections, the old maxim that all politics is local is inevitably borne out. An area like this breaks down on traditional geographic lines, so that it resembles the dynamics of the old electoral divisions. This is entirely natural.

Mountmellick candidates, after all, canvassing in Rathdowney will be as rare as the spotted owl and vice versa. However, it can be a bit incongruous for voters looking at a ballot paper to see a long list of candidates, many of whom are well outside their own areas. That's the nature of the beast of these electoral areas as it was redrawn by Minister Phil Hogan over five years ago.

This time around 14 candidates are vying for the area's six seats.

The old Borris electoral area has some historical resonance this year as it was the arena of the epic battle 20 years ago played out between John Bonham and the late Larry Kavanagh. The marathon count lasted most of the ensuing week. One thing for certain, there won't be too many pining nostalgically for that exhaustive count come May 25 and certainly not a repeat.

The south of the county will see many of the dynamics of 2014 replayed.

Independent James Kelly will likely hold sway in convincing fashion in his stronghold of Mountrath, extending to Borris-in-Ossory and surrounding areas. Kelly put in an impressive performance in his first election five years ago, affirming the electoral surefootness which marked his uncle Jimmy Kelly's record.

He is likely to be joined by fellow Independent, Brendan Phelan. Like Kelly he has a rich tradition of electoral to draw from, from his late father Pascal and through to his brother Kieran.

It's a tradition which almost certainly won't be displaced anytime soon, and if it was it would surely count as an upset.

Also in the non-party ranks is Durrow's Ollie Clooney. Ollie will be counting on his popularity and years of trojan community work to make a breakthrough, and will be hoping to draw heavily from the Durrow and Cullohill areas.

Ger Hogan in Camross is also running as an Independent.

The Fine Gael strategy in this area was criticised in 2014 when it was felt the party ran too many candidates.

The Fine Gael field is led by standard bearer John King who will be seeking to capitalise on his work over the past five years and his high profile year as Cathaoirleach. He topped the poll the last time

Hoping to join him will be Fine Gael's other candidate in this year, Borris' Conor Bergin, one of the youngest candidates in this year's elections.

Battling for Fianna Fáil this year will be Liam O'Neill. The former GAA President has the benefit of a high profile and as the sole Fianna Fail candidate in this region he will be hoping he can mine the vote. However, he faces a stark battle in the likes of Brendan Phelan, who will draw a lot of the Fianna Fail vote.

Sinn Féin's Lorna Garry-Holohan will be hoping to build on a decent showing by their previous candidate Rhoda Brogan Dooley in 2014.

Mountmellick will be a major battleground. Paddy Bracken had a point to prove in 2014 when he had to fight his way onto the Fianna Fail ticket.

He won't be leaving anything to chance this time either.

Rosenallis' Seamus McDonald has always proved resilient and this time looks hardly any different. Joining them on the Fianna Fail ticket in this area is Clonaslee's Declan Goode.

Fine Gael will be looking to stalwart David Goodwin in Mountmellick, while Fergal Conroy will be hoping to make a breakthrough also.