ELECTION RECKONING FOR VOTERS AND CANDIDATES IN LAOIS 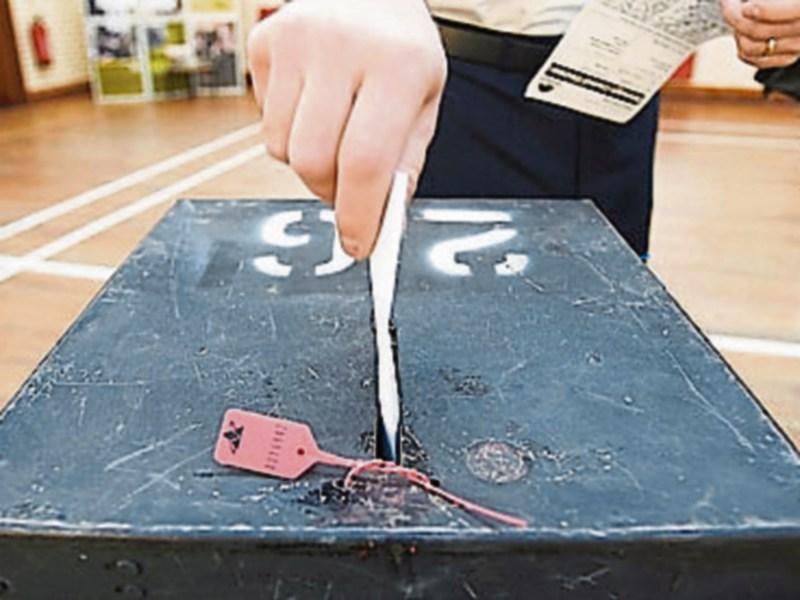 Weeks of knocking on doors and shaking hands end this Friday when the voters take over the democratic process in Laois.

An electorate of about 60,000 eligible voters stands between 39 candidates and the holy grail of public office.

Fianna Fáil leads the way with 11 candidates while Fine Gael is running ten candidates each.

There are ten candidates going it alone as Independents while Sinn Féin has four in the field. The Labour Party and Renua Ireland have two each.

The Portlaoise Municipal District is the biggest electoral area with seven seats on offer. It has fewer voters than the other districts but has more seats because of its bigger albeit, younger population. Councillor numbers are based on population figures.

The district, which takes in Abbeyleix and Ballinakill, has attracted the largest field with 16 candidates entering the race.

However, the biggest battle looks likely to be in the sprawling Borris-in-Ossory Mountmellick Municipal District where 14 candidates are bidding to win one of the six seats.

A disappointing number of candidates have put their names in the hat for the Portarlington Graiguecullen Municipal District. While the area is the fastest growing part in Laois in terms of population, just nine politicians are in the mix for six seats. Just three of the candidates are based in the two big towns of Port and Grauigue which have the highest concentrations of voters.

Despite a push to get more women into politics, the race in Laois is male-dominated.

Of the 39 going forward more than three quarters are men. One of the municipal districts has just one female candidate.

The growth in the number of people born outside Ireland who have moved to Laois is not reflected on the ticket.

Just two candidates in the race come from a non-Irish background.

All but one of the 19 outgoing councillors are running. Cllr John Moran is not in the race but his daughter Aisling is a candidate in the Port-Graigue District.

The reunited Laois Offaly constituency has been bounced into a constituency dominated by Munster counties and candidates.

A total of 23 candidates have thrown their hats in the ring in the race for one of the five seats on offer. There are no candidates from Laois or Offaly on the ticket.

Voters will also be asked to vote in a constitutional referendum on divorce. The proposal is about two issues: how long people must be living apart before applying for a divorce, and the recognition of foreign divorces.

Voting gets underway on Friday morning at 7 am with the Polling Stations closing at 10.30pm.

The local and referendum votes will be counted in Portlaoise from Saturday. The European votes go to Cork for counting.