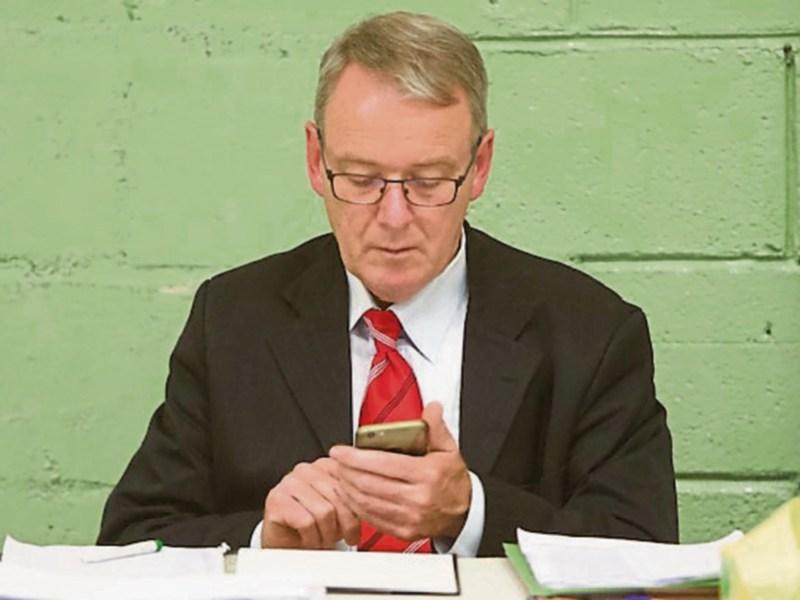 All of a sudden Sinn Féin's backs are to the wall and it appears Fianna Fáil is stalking the wounded animal in Laois and plotting the downfall of Brian Stanley.

However, the Laois TD insists that he has been written off before and will face down any challenge Fianna Fáil mounts to win his Dáil seat.

Within minutes of local election tallies being completed in St Mary's Hall, one of Fianna Fáil's most senior members in Laois had seized on the fact that the Sinn Féin vote had dropped across the county.

It was also pointed out that the party's Portarlington stronghold would not be in Laois Offaly when the General Election takes place.

The prospects for Deputy Stanley seemed to deteriorate further when it emerged that the party's vote had collapsed in Offaly. The SF local election vote in Tullamore crumbled from more than 2,500 to just over 200. Tullamore votes were vital to Stanley when he ousted Laois Fianna Fáil TD John Moloney in 2011.

There will be five seats up for grabs in Laois Offaly at the next election with one county certain to lose a representative.

Deputy Stanley spent much of his time at St Mary's Hall crunching the numbers as tallies revealed how his councillors fared.

Speaking later to the Leinster Express in the Kea Lew Business Park where the local election count took place he was defiant about an FF challenge. He replied sharply.

“At local level people mighn't be voting for a party that bankrupted the country on more than one occasion. They may think seperatedly in terms of thinking local for a Fianna Fáil candidate. When it comes to a General Election people might look at it differently.

“Nobody gave me a hope in 2011 of taking a seat. I was given very little hope of holding the seat in the Laois Sth Kildare constituency in 2016. In Laois South Kildare we now have three very effective councillors,” he said.

He insisted that his performance would stand up to voter scrutiny.

“I know I will have a fight on my hands but as I often said before I will be up for the fight,” he said.

He insisted that there were 'no splinters' in his local organisation that might further damage the defence of his seat.

He said the party is very happy with the outcome in Portlaoise and Portarlington but dissappointed with the Borris Mountmmellick despite running a good campaign. He said the party was boosted by taking a seat in Monasterevin and in the Ireland South vote.

As for Offaly he admitted that personel issues meant the party hadn't done well.