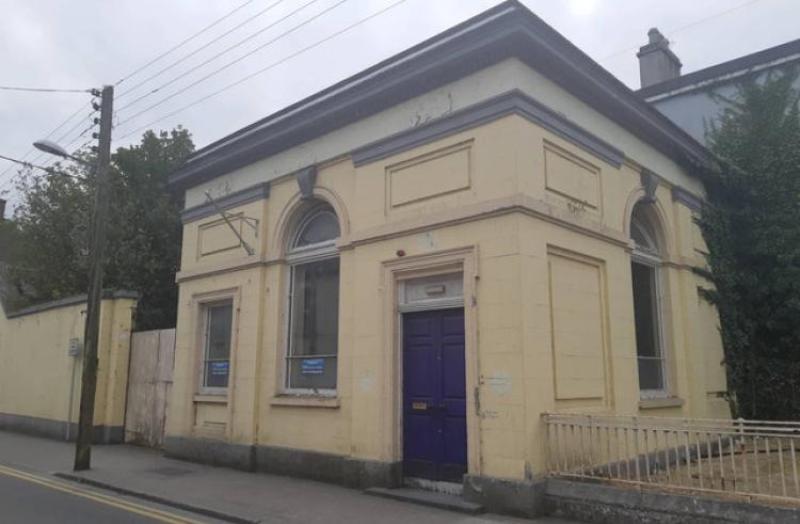 New apartments could be on the way in Portarlington as plans have been lodged to develop a vacant site in the town centre that has fallen into dereliction.

The old AIB bank on the Main Street in Portarlington has become derelict since it was closed in 2012 but it could be soon restored with ten new apartments built on it.

A planning application has been lodged to Laois County Council by Drumgoan Developments to change the derelict site for housing and add a new three storey apartment block.

The plans were lodged on June 4 after the developer bought the building and adjoining house in 2018. Laois County Council has said it was in talks with the developer since last September.

There are also plans to construct a new three storey apartment block with three two-bedroom apartments.

This would include the demolition of a single storey rear extension and the reconstruction of a collapsed section of the house, general restoration and conservation work to the bank and house. There are two protected structures within the site.

The old AIB bank building is one of a number of derelict buildings in Portarlington’s town centre.

Fears of anti-social behaviour at the site by a 'hoodie brigade' were reported at a council meeting by Cllr Aidan Mullins. He said there was a fear the building would be set on fire. Cllr Mullins asked Laois County Council to contact the owners of the old AIB building. He said the Tidy Towns group were 'frustrated' with the dereliction.

Laois County Council is expected to make a decision on the planning application by July 27, 2019.

MORE: Laois student awarded for never missing a day of school in his life