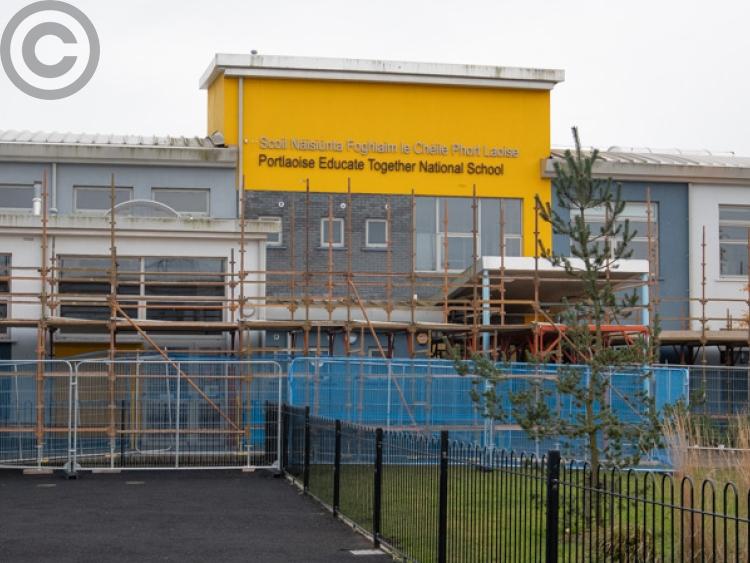 Portlaoise Educate Together was caught up in school building controversy

Permanent repair work is set to get underway this summer on a number of Laois schools where structural defects forced emergency structural safety measures, according to the Department of Education.

The Minister for Education and Skills Joe McHugh TD has confirmed that a remediation programme for 22 schools constructed by Western Building Systems (WBS) will commence during the summer.

Among the schools include Presentation Primary School Portarlington, Gaelscoil Phortlaosie and the Education Together National School, Portlaoise. WBS built both of the Portlaoise schools and an extension to the Portarlington school.

A series of information sessions for school authorities and management began in the Department of Education and Skills have begun with schools The briefings will run over the coming days and will give an outline of the schedule of works and the nature of the remediation.

The Department of Education said precautionary measures were put in place in 22 schools last October and November to ensure their continued safe occupancy after structural issues were identified.

It said detailed investigations subsequently took place in the schools, outside of school opening times to minimise disruption. The Department says these were completed recently, allowing engineering experts to design permanent remediation works for affected schools.

“From day one, safety has been our number one priority. We are now able to outline when affected schools will have a contractor on site and we are also giving schools an explanation of what the work will entail.

“I am glad that we are now able to move into this phase of ensuring a permanent fix for these buildings,” said the Department of Education.

“We have been clear from the start about the importance of keeping schools up to date in response to concerns about structural issues and providing them with as much clear information from the outset.

“The briefings are a chance for the Department to engage with school authorities, to share details of the remediation programme and the timetabling for the works which aims to make the most of the holidays,” he said.

Minister McHugh also confirmed that planned detailed structural assessments of 17 schools, also built by WBS, which did not require initial precautionary measures, will take place this summer in parallel with the permanent remediation works at the other 22 schools.

The construction company at the centre of the controversy has insisted it did not take short cuts or penny pinch when working on schools in Laois and elsewhere in Ireland.

The schools were built under a rapid build programme. WBS insisted last year that all its work was signed off by the Department.