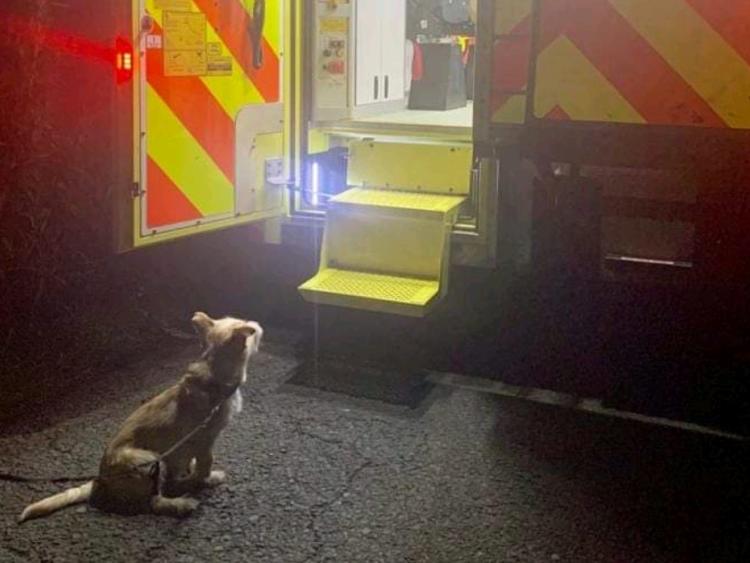 Gardai on Laois have said they could not have located an injured man who had fallen while out walking without the help of his pet pooch Jack.

Gardai said the elderly man fell into a ditch while out walking his dog last night in Portarlington.

The man was able to call gardai but having fallen into the ditch and out of sight, gardai said they could not have found him without 'man's best friend.'

Jack the Dog stayed by his owner's side and showed Gardaí where he was when they arrived.

Gardai said, "even when the ambulance arrived, Jack wouldn’t rest unless he could see him."

They were pleased to inform us that both the owner and Jack are home none the worse for the frightening experience.

MORE: Bono drops into Durrow in Laois for a coffee... or did he?

Jack's owners Pat and Melanie Brennan have since spoken about the trauma and their beloved dog.

Pat is partly paralysed from a stroke in the past. He enjoys late night strolls to keep himself as supple as possible. He fell after the strong little terrier pulled on the lead and he stumbled, falling deep in to the bog beside the lane.

Thanks to Jack and an eagle eyed local Garda, he was found and all are now home and recovering.

"Jack is a rescue dog himself, so now we have rescued each other," Mr Brennan said.