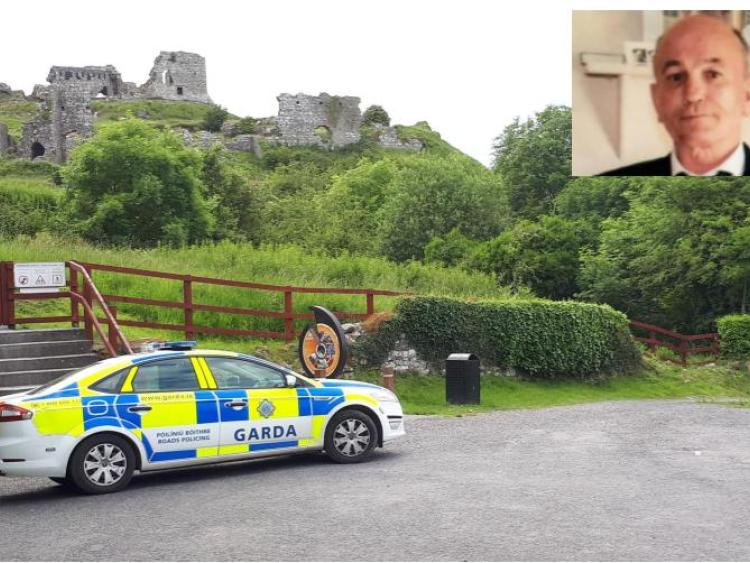 Gardaí search in Laois as part of missing persons case.

Defences Force personnel have been called in to assist a Garda-led operation at a Laois landmark as part of a search for a man who went missing in January.

An extensive clearance and search operation is underway at the Rock of Dunamaise involving local gardaí and soldiers. A team of up to 70 are on site as part of the search which began on Tuesday evening, June 19.

Laois Offaly Division Gardaí in Portlaoise confirmed that a search is being conducted as part of a missing person investigation which began in January when William Delaney went missing from Portlaoise.

It is understood that nothing suspicious has yet been found after initial fears that human remains may be located on the site. Members of the missing man's family provided the Gardaí with information which has led to the search at the site just off the busy Portlaoise to Stradbally Road N80 road.

Roads around the historic landmark have been sealed off to facilitate the search.

A helicopter attached to the Garda Air Support unit was attached to Laois on Monday to assist in the early stages of the search at the Dunamaise.

Gardaí are also understood to be investigating the whereabouts of an individual who may be able to assist them with their enquiries.