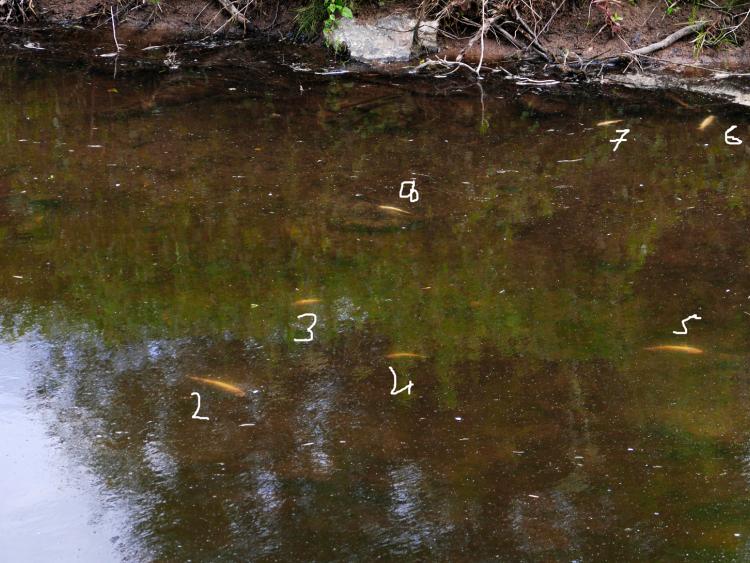 A major fish kill has been discovered in a Laois river.

Hundreds of wild juvenile brown trout have been killed in the Owenass river that flows through Mountmellick.

The cause is suspected to be pollution from a farm.

Mountmellick Angling club were alerted to the kill by a walker who noticed the dead fish, on Friday June 21.

Paul Lalor is with the club.

"We did a search and found more, so we rang Inland Fisheries. The came out today (Saturday) and followed the pollution to where they suspect was the source, on the Blackwater river. They think it is silage effluent, but it is not confirmed yet," he said.

It is at least six years since the last fish kill by pullution in the Owenass.

"A couple of hundred fish are dead. It is very disheartening. The fish are wiped out, starved of oxygen. They can't be replaced because they bred naturally," he said.

The Owenass river flows into the Barrow river north of the town, but Mr Lalor said so far the problem seems not to have gone past Convent Bridge.

"If it keeps travelling on, it could wipe out the whole of the Owenass," he said.