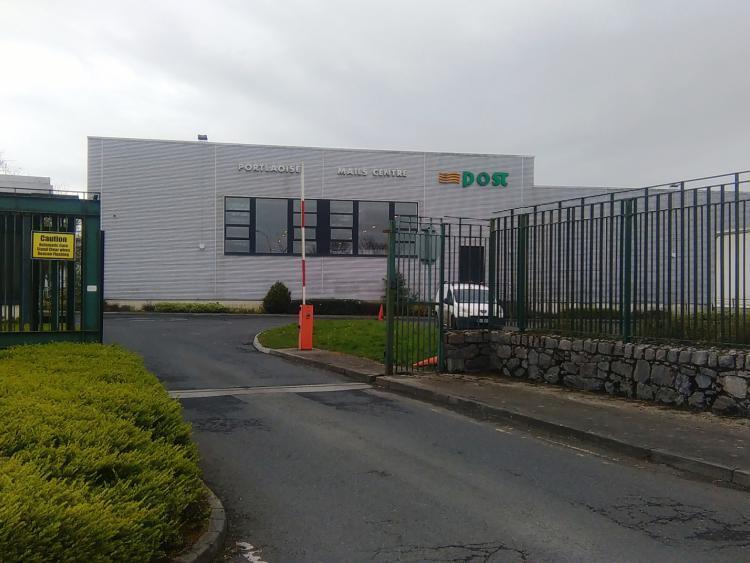 An Post has decided against closing its mail centre in Laois but has axed more than jobs in Cork.

The postal service is shutting its mail centre at Little Island in Co Cork.

Some 200 staff in Portlaoise will be relieved their jobs are safe but Cork's closure has been described as "devastating" by their representatives in the Communications Workers' Union.

The company says the closure is in response to an annual drop of around 7% in letters.

Apart from Cork and Portlaoise, An Post operates centres in Dublin and Athlone.

The company had flagged the closure of one of its centres as part of cost-cutting underway since 2017.

Cork was the newest of the four centres but Portlaoise had also been expanded in recent years and is located near the M7 motorway.

An Post's board were expected to meet this week.

An Post said it was consolidating and reducing its letter processing capacity in line with global industry trends, and switching investment into its e-commerce/parcels network in Cork City and County.

It said the 'consolidation of letters operations' in Cork would mean the loss of 216 jobs affecting 240 people.   It said the Cork plant is operating at below 25% capacity as mail volumes decline.

It said the €11m annual savings from the plant closure would enable An Post to invest more rapidly in its parcels infrastructure nationally, locally, and in the automation of parcel sorting.  Parcel volumes have grown by 60% since An Post actively re-entered the parcels market in 2017.

David McRedmond, CEO, An Post said the company has to focus on the long-term.

“An Post is responsible for its own finances and has worked hard to return to profit and growth: the Company’s task now is to develop long-term sustainability. Closing the Cork letters’ facility is a tough but necessary step as we invest in the new world of parcels for our customers.

"I want to be sure of two things: first, sustainability is about decent work and we will look after our employees as well as possible; and second, I want Cork to be the first city in Ireland to benefit fully from the new parcels infrastructure for customers,” he said.

An Post say mail processing formerly carried out in Cork will be taken on by the three remaining mail centres Portlaoise, Athlone and Dublin. A spokesperson added that there is no expansion planned for Portloaise other than the fact that much of the work formerly done by the Cork centre will now fall to Portloaise.

Laois TD and Minister for Justice Charlie Flanagan welcome the decision of An Post to vote confidence in the Portlaoise Mail Centre.

"I have been working closely with An Post over the last 12 months on this issue. The decision to maintain the facility in Portlaoise is a testament to the dedicated team in the workforce in the mail centre.

"I am very keen that An Post considers Portlaoise for future development and in this regard, there is an opportunity at the greenfield site in Togher, Portlaoise. The centrality of Portlaoise coupled with the loyal workforce renders the area appropriate for investment in the parcel area," he said.

Laois TD and Sinn Féin spokesperson on Communications Brian Stanley TD welcomed the news that the future of Portlaoise Mail Centre is secure.

“This is good news for county and the jobs there are vital for the local economy’’. I have made the case consistently over the past 3 years with An Post management and successive Ministers, that Portlaoise is strategically located on the N7/N8 and N80 road network.’

“The Portlaoise Centre is also just a few hundred metres from a rail connection. The construction of the final section of the Portlaoise Orbital Route which is due to be completed in a few months means that the N80 will now pass the front gate of the mail centre. I have highlighted this advantage to An Post CEO David McRedmond since he took over the position.

“An Post now need to take advantage of this and the proximity of the Togher Business Park to further develop business at the Portlaoise facility,’’ he said.

Fianna Fáil TD for Laois Sean Fleming said he was pleased for all the employees in An Post and their families with the good news that the jobs in Portlaoise An Post Mail Centre are safe.  There has been a great sigh of relief all around.

He said there has been a cloud hanging over the mail centre for a couple of years now.

"I highlighted the need to keep Portlaoise open, in which I said “ The case for Portlaoise is outstandingly strong and I ask the Board of An Post to make the right decision and to give a commitment to the future of the Portlaoise Mail Centre.

"There are outstanding staff in the Mail Centre and the 200 staff there have great experience and use the most modern technology.

"I have always said our job as Public Representatives in Laois is to bring more jobs to the county but our first task is to protect the jobs we already have in the county," he said.

Dep Fleming also spoke about the 230 workers in Cork who had lost their jobs.

"I know the staff in the mail centre and An Post will join with me in acknowledging the difficult situation of their colleagues in Cork," he said.